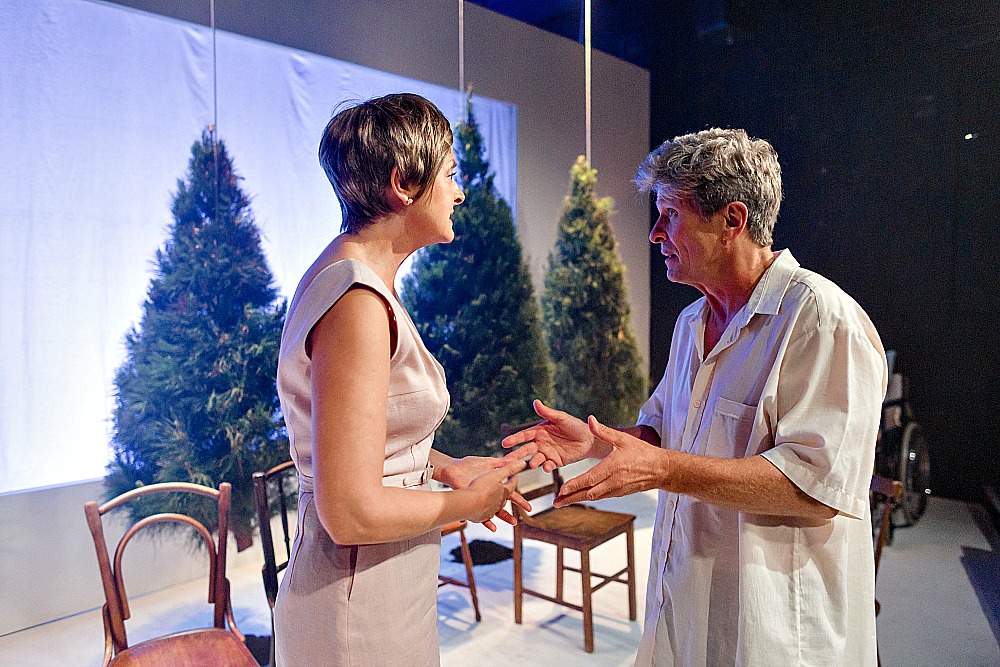 Dino Dimitriadis in Association with Red Line Productions present The Shadow Box by Michael Cristofer, at the Old Fitz Theatre in Woolloomooloo, Sydney.

In this compelling dramatic triptych, three terminal cancer patients dwell in separate cottages on a hospital’s grounds. The three are attended and visited by family and close friends: Agnes and her mother Felicity, estranged further by the latter’s dementia; Brian and Beverly, whose marital complications are exacerbated by Brian’s new lover, Mark; and Joe and Maggie, unready for the strain of Joe’s impending death and its effect on their teenage son