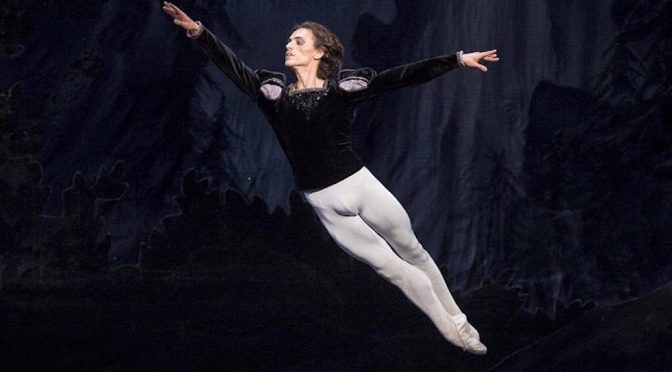 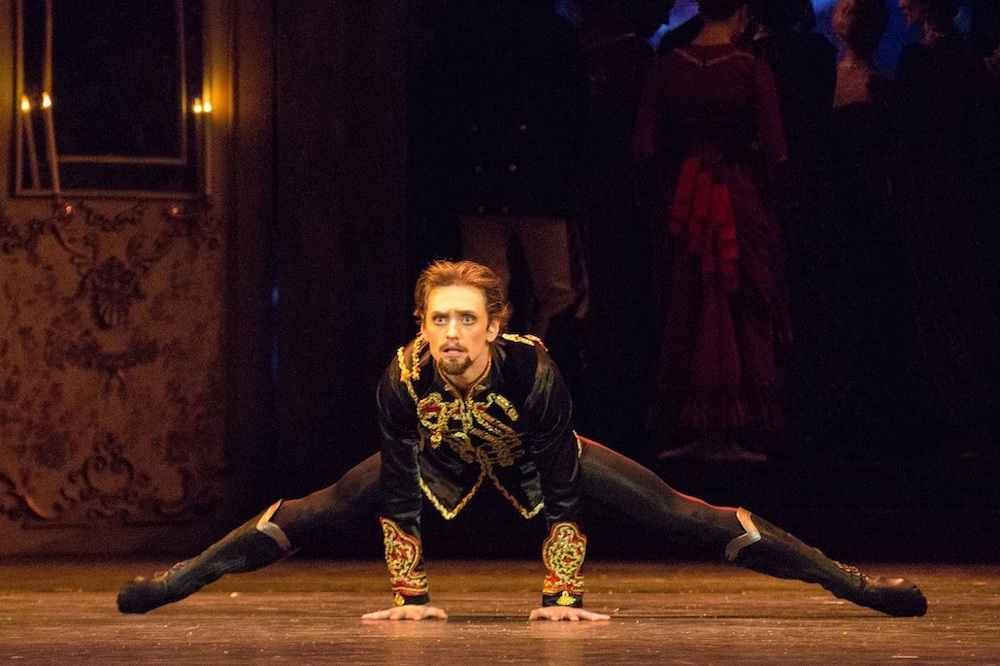 This is a large, heavy,  exquisitely presented book that will have dance lovers in raptures.

It follow the life of Sergei Polunin, often called the ‘self destructive bad boy of ballet ‘ (sounds a bit like Michael Clark perhaps) and his meteoric dance career, from Russia to the Royal Ballet School and the company itself and then his other work in films and for his own company Polunin Ink. It has forwards by both Dame Helen Mirren and photographer Albert Watson OBE. A soaring photo is on the front and a portrait of Polunin with his smouldering eyes is on the back

The book begins with a timeline of Polunin’s life and is divided into three parts : Ballet, Beyond Ballet and I, Sergei Polunin. It is lavishly, exquisitely illustrated with Polunin’s comments throughout.

In the first section Polunin writes about his life and the ballet school in Kiev , and then the change to the Royal Ballet School (RBS) on a Rudolf Nureyev foundation scholarship ( It was ‘ like arriving at Hogwarts ‘) Polunin mentions three inspiring mentors of ballet teachers at White Lodge of the RBS– Anthony Sewell, Mikhail Tchoupakov and Anatoli Grigoriev – and then being accepted into the Royal Ballet itself. He also mentions the daily grind and how hard dancers work, and his previous substance abuse. Also, how difficult at times he found it to adjust to life in the UK and whether he felt that he was accepted or not .There are also mentions of Jonathan Cope and Ivan Putrov.

Polunin gave his first solo performance with the Royal Ballet at 19 and was promoted to Principal at twenty. Then he moved on and formed his own company (www.poluninink.com ) and now is known as a dancer, producer and actor ( for example he was in Sir Kenneth Branagh’s Murder on the Orient Express), developing new ballet projects expanding the set language of dance and introducing it to wider audiences.  In the first section we also learn that Giselle is his favourite ballet (he danced Albrecht) but there are also wonderful photos of him in McMillan’s  Manon and Mayerling , as well as performances of The Nutcracker and the Grigorovitch Spartacus among others .Polunin also writes fascinating snippets about his productions for Polunin Ink of Romeo and Juliet , Echo and Narcissus , Sacre , Sartori, Fraudulent Smile, Rasputin and Little Red and the Wolf. The next project in development is Dante.

We also learn that he has his own fashion label, is part owner of a tattoo parlour, has a charity established in his name, helps a ballet school and loves to teach youth classes .

Polunin also writes about acting in movies and his friendship with Mickey Rourke.  His films include Dancer, Murder on the Orient Express, Red Sparrow, White Crow and in 2020 Passion Simple as well as various ballet performances and Take Me to the Church.

The final, third section is entitled I, Sergei Polunin and starts with Origins .Like Sylvie Guillem , Polunin first trained in gymnastics then switched to ballet .

There are photos of him at the ballet school in Kiev, with his parents, with his cat  and David Beckham  in London. Also we see his very important teachers in Kiev; Tatiana Martynenko and Nikolai Pryadchenko .

Then we come to Identity (Me)

Polunin writes about how he see the future of ballet and ballet, theatre and dance collaborations, the use of venues and technology , The System and freedom of choice..There are great photos of him in Spartacus and Giselle, and in Polunin Ink’s Sacre and various smouldering photos of him being casual for assorted magazines. We also see him with three wolves, at a, q & A in Prague, and his trips to India and Qatar

The final section is Identity (We) where Polunin writes about the importance of friendship and we see him with Nehemiah Kish and Jade Hale. And separately with photographer David La Chapelle. Other friends are also caught by the camera such as the cast of Echo and Narcissus, his friend Salvatore Scalzo, actor Stas Bogdanov  and Domenico Dolce of Dolce and Gabana The reader also sees him teaching young ballet students. The book concludes with delicate, intimate photos of Polunin and his partner Elena (a former ice skater) and their son Mir and there is a heartwarming quote about his son, “Mir , my gold. After he was born , everything else in my life has become a plus. I have begun to do the most important thing in life , and it’s not about me anymore..It’s about him “

A fascinating insight into Polunin’s life 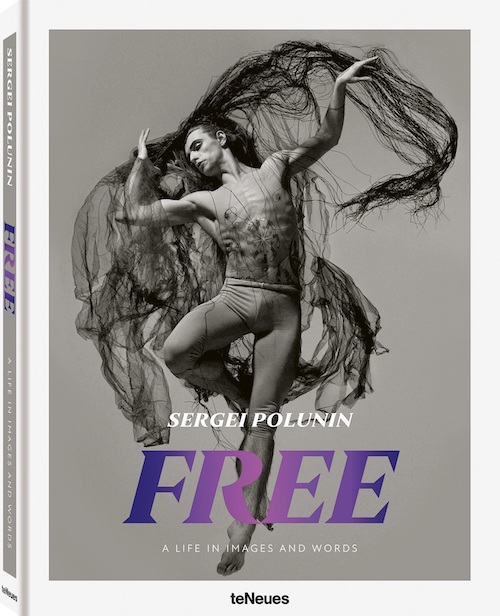