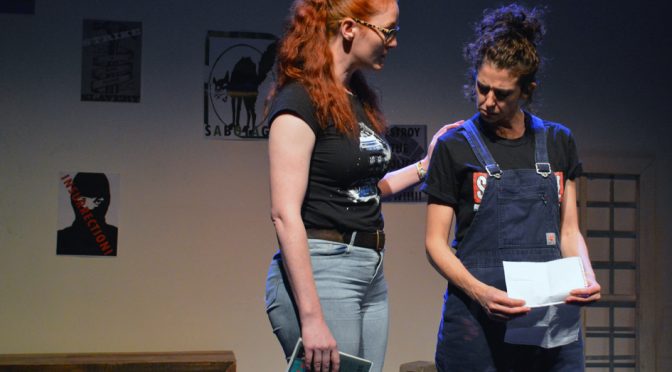 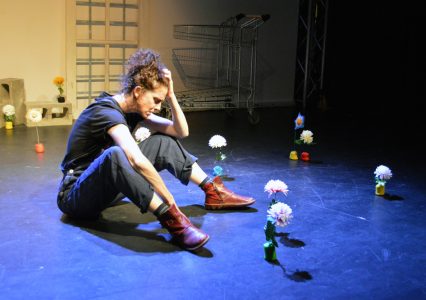 Sleepwalking city slicker, Kat, thinks a tree change to the country is what she needs to get her life in order. She’s been living with her boyfriend, Toby, for five years, a relationship becalmed in the domestic doldrums. She is under the impression that a move to rural climes will see them live more happily every after.

She consults a financial adviser and is dissuaded. All her money is in super, locked away till she’s sixty at least, more likely ninety, and relocation would be economic suicide. Psychological unrest sees her somnambulant in a city street where a logical cyclist by the name of Pax narrowly avoids collision.

This chance meeting is literally a wake up call for Kat. Pax is a catalyst for mind change rather than tree change, and becomes a mentor, encouraging her to join his mission into transforming vacant lots into vegie patches and flower beds.

She joins him and his fellow eco-warrior, Gridlock, in a number of clandestine operations, including an incursion into a library where the Dewey decimalised are duly decimated by the replacement of Pax’s self published volumes. A Pax vobiscum, as it were.

Daniela Giorgi seed bombs her script with astute observations about contemporary society, irrigates it with a spray of sparking, sparring dialogue, and reaps a harvest of good humour and heedful thought.

Sonya Kerr as Kat, deftly sketches her somnabulance as symptom of dissatisfaction in her personal relationship and, by proxy, society’s preoccupation with the fiscal over the physical world.

Lindsey Chapman as Prue, the pink Porsche driving financial adviser, presents a guru of greed more interested in income streams than clean water ones, whose mantra is money, materialism and moral bankruptcy.

And Kate Bookallli is explosive as Gridlock, the ticking time bomb, an adrenaline charged anarchist, a recovering smack-head resolute in smacking down a society that needs change.

Paul Gilchrist directs with a light touch, opening the play with Entry of the Gladiators and a bit of subtle clowning that nicely sets up the circus that unfolds.