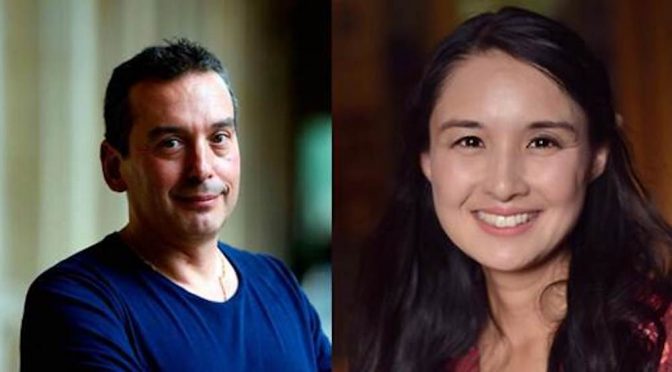 SBS is looking to unearth a new crop of talented Australian writers, with the return of the SBS Emerging Writers’ Competition for 2022.

An initiative from SBS Voices, the competition aims to uncover bold new voices that reflect the diversity of contemporary Australia by inviting aspiring writers to share their stories and have their voices heard.

Open for entries from 16 August – 13 September 2022, the theme of this year’s competition is ‘Emergence’.

Entrants are invited to interpret this theme as they choose, whether it’s a story of emerging fully into their true selves, or an event arising in the narrative of their life.

This year’s entries will be judged by acclaimed Australian writers Alice Pung and Christos Tsiolkas.

Alice Pung is the bestselling author of memoirs Unpolished Gem and Her Father’s Daughter, and her most recent novel One Hundred Days was shortlisted for the Miles Franklin Award. Christos Tsiolkas is the author of seven novels including the award-winning The Slap, Damascus and 7 1/2.

When discussing the competition, Christos Tsiolkas urged entrants to have the courage to come forward and tell their unique stories.

“It’s a brave thing to commit your thoughts, ideas [and] passion to the page,’’ he said. “Someone entering this competition is maybe someone who wants to do what I’m doing, which is to write for the rest of my life. But there may also be people who have a story to tell, and it’s important to get that story out.”

Pung emphasised she is looking for good storytelling over perfect English, sharing that her mother, a Cambodian migrant, was illiterate.

“One thing Christos and I have in common is we understand what it’s like to live every day with illiteracy. We are not looking for the most finely polished pieces.”

She continued “I read last year’s winning entries and they’re all so wonderful. They were so diverse. I’m excited to find the diversity of voices that will emerge this year.”

John Godfrey, Head of SBS Unscripted, said the competition plays an important role contributing to the diversity of Australian storytelling.

“We’re thrilled the SBS Emerging Writers’ Competition is returning for its third year. Last year, we received more than 4000 compelling stories from across Australia, exploring family, loss, love, culture and country told with plenty of heart and a fresh perspective. We look forward to discovering new talent and championing diverse voices with the return of the competition in 2022.”

The winning submission will be awarded a $5,000 prize to support further development of the writer’s skills and knowledge. There will also be a $3,000 prize awarded for second place and two honourable mentions who will each receive a $1,000 prize. All winners and runners up will have their works published on the SBS Voices website.

In addition, all entries will be considered for inclusion in an official anthology of the SBS Emerging Writers’ Competition, published by Hardie Grant.

Approximately 30 entries from this year’s competition will be selected for the anthology, to be published in 2023.

The official anthology of the 2021 SBS Emerging Writers’ Competition, Between Two Worlds, is set to be published by Hardie Grant on 3 August 2022.

The 2022 SBS Emerging Writers Competition opens for submissions on 16th August. Further information can be found on the competition website: sbs.com.au/writers