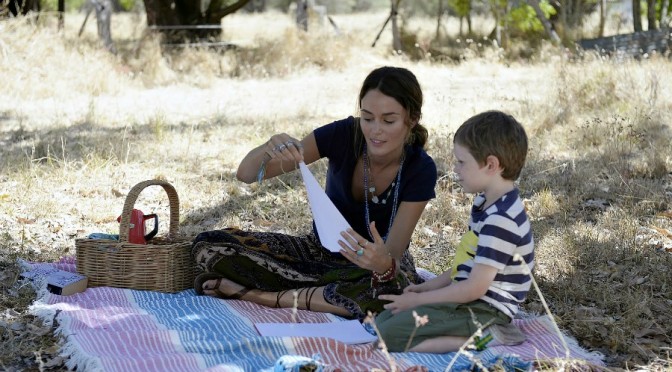 Ed and Sam play son and father, Dylan and Jack, in the aftermath of losing their mother and wife.

The kid is coping better than the severely depressed dad and possesses a keen eye on the local feathered fauna. This ornithological interest transplants itself, osmosis like, in his ability to fold fabulous paper planes.
Such is the intuitive ingenuity of his aerodynamic designs, Dylan secures himself a spot in the national heats to contend for the world paper plane championships in Japan.

Other than his ornithological leanings, there may be some aviation orientation in his genes as his granddad was a fighter pilot in his youth. Grandpa is played by Terry Norris who just about steals the film with his larrikin lothario wouldn’t be dead for quids characterisation. Ah, Norris, the naughty aeronautical of the nursing home set. Lock up your grandmas!

Great support also comes from Peter Rowsthorn as Dylan’s teacher who encourages Dylan’s proclivity with paper planes and his entrance into the competition.

The film is inspired by real life Paper Pilots Dylan Parker and James Norton who met by chance at an Australian regional paper plane competition in 2008. The pair has represented Australian in the World Paper Plane Championships in Austria in 2009 with Dylan scoring a 3rd world ranking at the competition with a throw of 42 meters.

From this, director Robert Connolly fashioned a screenplay with Steve Worland that hits all the right notes about bullies, mates, multiculturalism and puppy love.