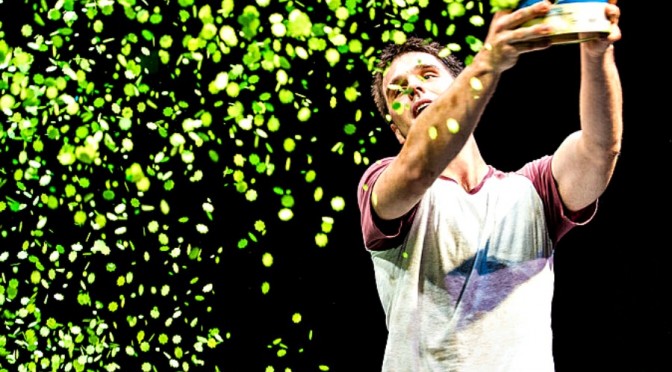 Roald Dahl’s THE WITCHES is the much loved childrens’ classic book, which tells a twisted yet endearing fairy tale, all about defeating a coven of evil witches.

Dahl’s story was originally adapted for the stage by David Woods and has since been reimagined by Lucas Jervies.

The current Stables production showcases a clever one man tour-de-force performance by Guy Edmonds (A Moody Christmas) as the master storyteller.

Edmunds becomes every character from Roald Dahl’s THE WITCHES including the boy narrator, his grandmother, his friend the naughty kid Bruno, and an extremely controlling and very strict ‘Hitleresque’ Grand High Witch (with each bottle of potion ready to turn 500 boys into mice) in fifty physical minutes of spellbinding theatrical magic and wicked fun.

The Witches are brilliantly brought to life in the minds of every child and every adult in the audience, thrilling family theatre for ages 6 to 106.

Join an orphaned boy as he outsmarts this coven of child-hating, child-smelling real witches, darkly comic, with every character in the story given a unique voice and specific mannerisms combined with the sheer physicality of Guy Edmonds.

The Stables stage was transformed into Dahl’s fantasy world by Becky-Dee Trevenen and Hugh O’Connor.