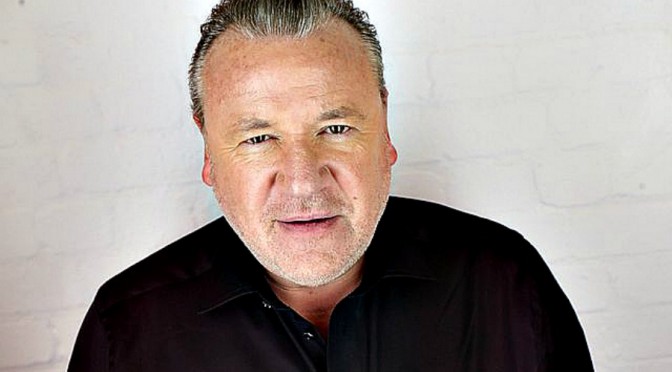 A bang up autobiography that is structured more like a cartographer than a star spangled expose of a celebrity, YOUNG WINSTONE charts the first half of this man’s life – he’s 58 in February – in twenty-five chapters each bearing place names as their titles.

Winstone’s sense of place, his East End roots, and the streets and precincts he knocked around in his formative years, inform every sentence in this rollicking yarn of a geezer and his gaff.

Readers have a lot to be grateful for because the book was spurred on by a spurning.

The tossers at the BBC TV series Who Do You Think You Are? rejected Raymond’s family as being too boring. But the research done as a preliminary did enlighten– both branches of Ray’s family came from the East End, traced all the way back to the 1700s, mum’s side from East Ham and dad’s from Hoxton.

When Ray started writing this book, the first thing he did was go back to the street he lived on as a kid. It sparked memories, alright, firing the imagination. As Clive James has stated, memoirs of childhood can be unreliable, larger than life, and Ray acknowledges that.

For instance, “I look back at myself as a little boy and I think I was alright, but my aunties always tell me that I was a right little fucker.”

Irrespective of reliability, these memoirs do have the self –effacing stamp of honesty, and a voice that is unmistakably his.

He cites the effect boxing had on his life, with its disciplines and community camaraderie.

A prize winning pugilist in his youth, young Ray hung up his gloves in pursuit of the acting caper, attending the Corona Academy in Ravenscourt Park, Dennis Waterman’s Alma Mata.

His parents had to stump up nine hundred nicker a term, and I suppose his consequent career proves the pounds well spent.

Film buffs are treated to some nifty behind the scenes anecdotes of both productions of Scum, Quadrophenia and the original TV series of The Sweeney among other early work, but YOUNG WINSTONE is mostly an endearing book of familial duty, fall-outs, and reconciliation.

It is a middle aged man’s perspective of his youth – the good, the bad and the embarrassing – of where he came from, and where he’s going.

It is also a love letter of sorts to his wife Elaine, his self-proclaimed rock, who has weathered the tumultuous troughs and triumphs of his chosen profession as well as personal slings and arrows. I look forward to its sequel.

YOUNG WINSTONE by Ray Winstone is published in trade paperback with black and white and colour photographs by Canongate. Recommended Retail Price $29.99.