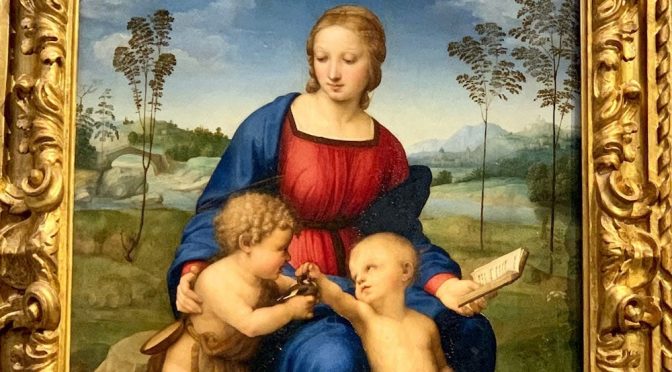 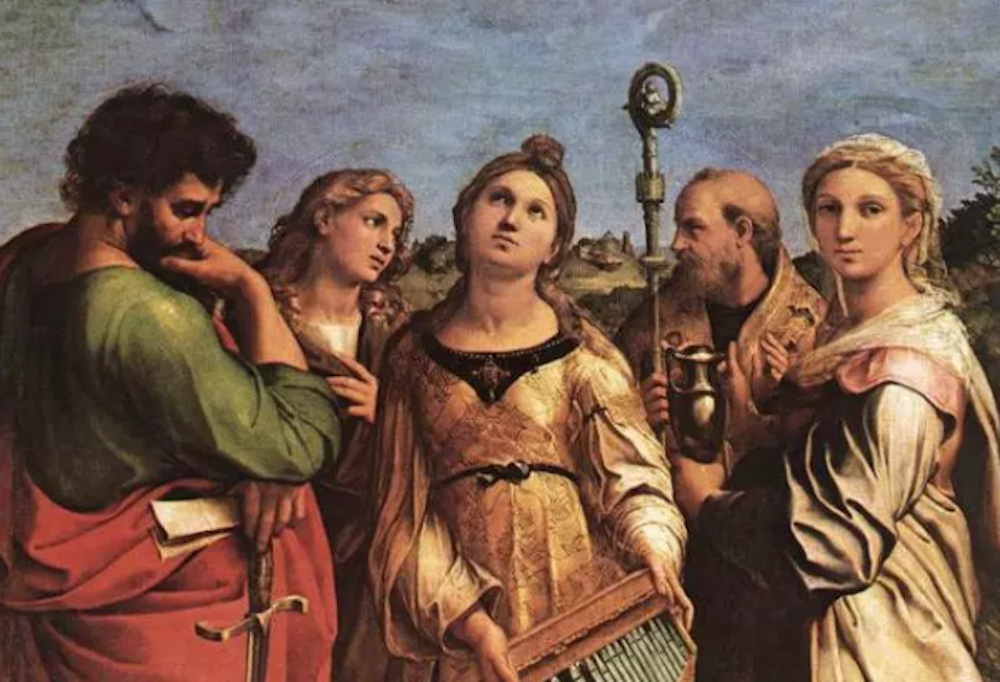 The team from Exhibition on Screen have brought us their latest work, RAPHAEL REVEALED. It marks the 500th anniversary of Raphael’s death and is based on the major exhibition at Rome’s Scuderie del Quirinale which was forced to close very soon after opening because of Covid.

The exhibition had already become one of the most talked about art events of 2020. Exhibition on Screen was granted exclusive access to the exhibition just before it reopened in June (it officially finished at the end of August and was sold out).

Raphael is regarded as one of the three great artists of the Renaissance, along with Leonardo and Michelangelo, and the exhibition gave an opportunity to see the breadth of Raphael’s skill, creativity and ingenuity as never before. Raphael was born in Urbino on Good Friday 1483; he died in the Vatican on his 37th birthday: 6 April, Good Friday (1520).

Raphael was apparently comfortable with people from all walks of life and able to freely talk to the two Popes he served. The exhibition examines Raphael’s renowned paintings and drawings, as well as his work in architecture, poetry and design. The exhibition flows chronologically backwards, beginning with Raphael’s early death at 37.

The film alternates between biography and the exhibition with glorious shots of various locale important in Raphael’s life (eg wonderful aerial shots and streetscapes of Rome, Florence , Urbino etc) today.

Sonorous voice overs of some of Vasari’s biography and various letters are included and we see how the extensive exhibition was exquisitely organised with glimpses of every room. Many of the works are luminously photographed in luscious detail and discussed and analysed by experts. We hear from distinguished scholars such as Nicholas Penny and Tom Henry.

We learn of his rivalry with Michelangelo and the similarities and differences between the two great artists is discussed. We learn that even as a young boy he displayed an amiable nature and a prodigious gift for drawing. His skills were developed further through being at court where his father served as the official painter and poet to Duke Montefeltro. Raphael assumed control over his father’s workshop, (his father died while he was still a teenager), and was influenced by Perugino.

Summoned to Rome in 1508, Raphael was commissioned to decorate the rooms in the Vatican where he eventually passed away. We learn how Raphael spent the twelve most creative years of his short life and blossoming career in Rome not only as a painter to the Popes he served but as their architect.

Raphael was also a keen and superb portraitist (oh the magnificent depiction of textures in them!) and quite familiar with Rome’s perhaps murky nightlife. While enjoying this, and with his study of the ancient Roman statues, he became an archaeologist and conservator of the remains of Rome.

There was no medium that Raphael did not attempt or excel in; architecture, as well as painting, commanded his attention, as did tapestry design, and others worked out his ideas in sculpture.

We learn from Dr Angelamaria Aceto, at the Ashmolean Museum in Oxford about Raphael’s groundbreaking use of charcoal, chalks, washes, metal point and inks. Raphael’s passion for painting and painting is also acknowledged.

Rapahel’s activities—as painter, architect, archaeologist, entrepreneur and much more—are detailed in the exhibition between two of his self-portraits: one known as Self-Portrait with his Fencing Master (1518) from the Musée du Louvre of the established maestro with a large studio of assistants is at the start of the exhibition and the one of the young hopeful genius from the Uffizi wraps it up.

Among the works displayed are the famous Madonna del Granduca from the Uffizi, Santa Cecilia from the Pinacoteca in Bologna, the Madonna Alba from the National Gallery in Washington, the Self-Portrait with a friend from the Louvre, and La Velata, also from the Uffizi. Not forgetting The School of Athens and various tapestries and sculptures. There is also the “Mond” Crucifixion, various Madonna and Childs ( eg Madonna of the Pinks and Madonna of the Rose), the Sacrifice at Lystra, The Entombment of Christ, and also the magnificent portraits of “La Velata” (The Veiled One, Uffizi, 1521-23)) and “La Fornarina”, the baker’s wife in the role of Venus (Palazzo Barberini, 1519-20) and a portrait of the diplomat Baldassare Castiglione among others.

For the first time, the portraits of the two popes who commissioned the most works to Raphael were available to be viewed and analyzed in the same place: the portrait of Julius II from the National Gallery in London and the one of Leo X with the cardinals Giulio de’ Medici and Luigi de’ Rossi from the Uffizi.

Raphael’s early death was lamented by most by his friends and colleagues for the sudden cutting short of his archaeological activity and his unfinished graphic reconstruction of ancient Rome. His legacy continues to this day.