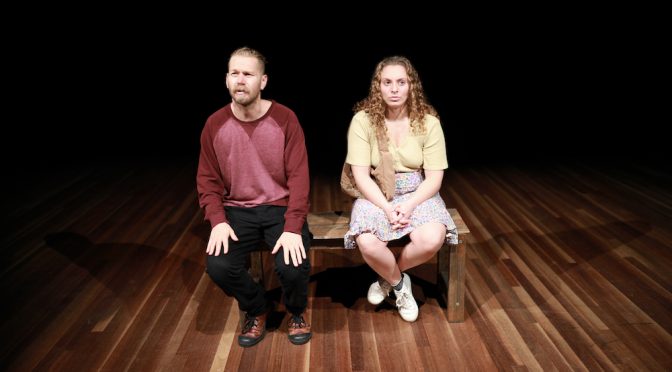 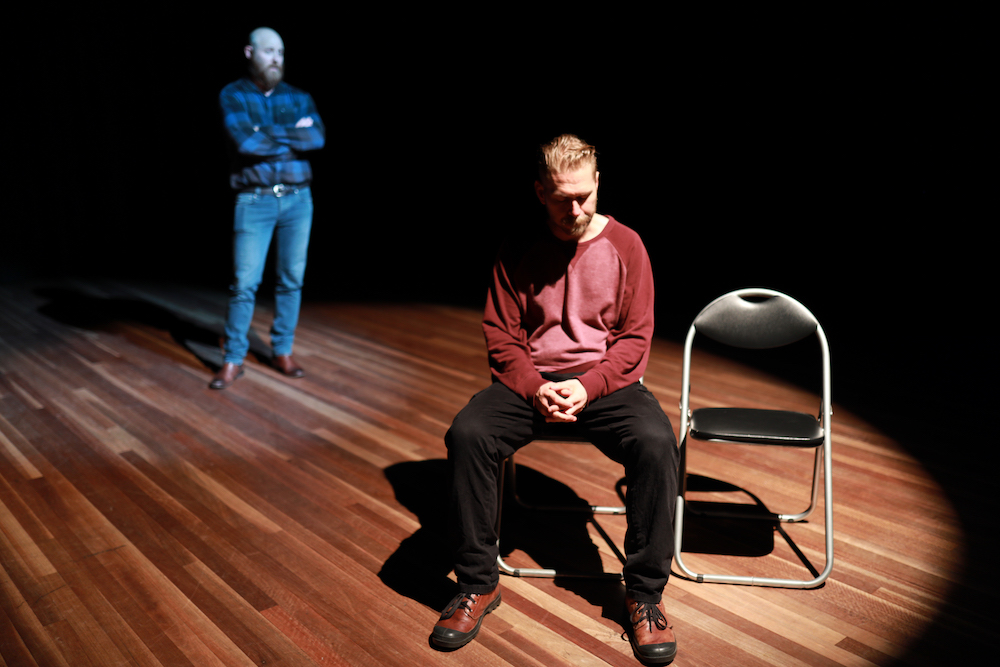 Rape and Other Acceptable Practices. With such an inflammatory title, this was never going to be comfortable viewing.

Daniel Widdowson’s play pivots around an incident that takes place at a bus stop on a suburban street. Maddie, an attractive young woman, is waiting for her bus to arrive. It is just another day, as the old Paul McCartney song goes.

There’s Michael, a young guy at the bus stop across the road who appears a bit lost. Maddie calls out to him ‘I think you should be waiting on this side…The buses going your way are just heading back to the depot.’

They have a chat but Michael stays put. Maddie calls out to him, why are you looking at me, are you some kind of pervert?’ Michael grins.

Jason, an older guy, comes up  to Maddie’s bus stop. He sits down next to her and starts talking to her. Then he puts his hand on her leg. When she asks him to take his hand away, he goes into a rage. He grabs her, drags her away from the bus stop, and rapes her. Still on the other side of the road Michael sees everything, in a kind of stunned silence, and does nothing.

Jason runs off. A distraught, dishevelled Maddie confronts Michael. Why didn’t he try and stop him? Michael is left floundering.

The play is presented in an unorthodox way.  Widdowson clouds the  notion of the fourth wall in an impactful way. Is the audience part of the play, and in what way is it?

The set was minimalist;  a bench, a small table and a few chairs.

The play’s subject, one that we human beings have been wrestling with for a long time, is why do we, sometimes, choose to look away and do nothing when wrong doing, evi,l takes place.

For instance, what were ordinary people doing in Germany when persecution took place in Nazi Germany?!

By inaction, it is almost as if we are giving consent, hence the play’s title.

At one point does it become incumbent on us to try and stop the perpetrator no matter what the consequences are?

The performances were good. A recent acting school graduate, and giving her first professional performance, Claudia Schnier was outstanding as Maddie.

The playwright himself chose to play the sinister role of Jason and did so convincingly.

Peter Maple gave a well measured performance as the bystander who becomes ensconced in the drama.

The play was performed in the tiny, improvised theatre space within Darlinghurst’s Tap Gallery. The audience was fifteen people or so people sitting in fold up chairs.

An already intense play was made even more so by the venue’s intimacy.

There was a brief Q and A after the performance and it came out that Claudia Schnier’s parents were in the audience. It must have been so uncomfortable  for them to see their daughter play such a harrowing role.

The cast and director spoke about how they would like to see the play go further than its current, brief season. One audience member suggested they contact Theatre In Education to see whether the play could be taken into schools, to educate young people about the many  issues around sexual consent. They said they were already considering doing this.

This was a challenging play for both the actors and the audience.  it will be interesting to see what becomes of it.

RAPE AND OTHER PRACTICES has played Wyong, Canberra and is now playing Sydney. The final performances are the 20th and 21st May, 2021 at the Tap Gallery, Level 1, 259 Riley Street, Darlinghurst, Surry Hills.