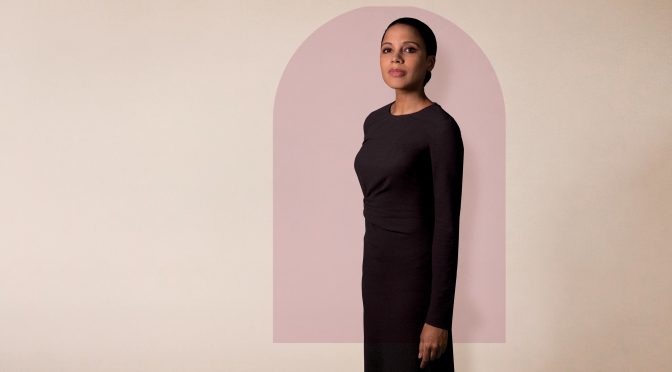 What was your first reaction when Mark Kilmurry contacted you to write an adaptation of A Doll’s House? Is the Ensemble Theatre a favourite Sydney venue?

I’ve always had wonderful experiences at the Ensemble in the past – is there any small theatre on Earth situated so beautifully? And there’s something lovely about being in a residential neighbourhood, as well – the feeling that theatre is being presented in the heartland of human stories. I love Ibsen and had a wonderful time adapting Hedda for the State Theatre Company of S.A., so I was thrilled by the opportunity to venture deeper into the creative processes of one of the world’s greatest playwrights.

They satisfy different parts of you in some ways. With an adaptation, there is a delight in being handed a story that you know works, a guarantee that is never there with the first production of your own play. And it’s a challenge to take a brilliant play of another time and mine it for all the human dimensions that are timeless whilst allowing it to breathe with more contemporary language. With your own work, it’s much more subversive, submersive and dangerous.

What is it that draws you to Henrik Ibsen’s work? In 2013 you adapted Ibsen’s Hedda Gabler for the State Theatre Company Of South Australia, is it because you are drawn to Ibsen’s very dramatic endings?

The endings don’t attract me so much as the volatile and intrinsically feminine protagonists. Their complexity, their longing for things society denies them, their yearning for love and belonging at the same time as freedom and adventure, their moral ambiguity… they are such fascinating creatures. And they bear more than a passing resemblance to women in 2022.

What do you see as the role of an adaptor, especially for a classic work? Is it to reset the play in contemporary times?

It’s to mess with the original as little as possible while taking advantage of contemporary language and culture to make it belong to today’s audience as completely as Ibsen’s language allowed the play to belong to his.

Have you attended any of the rehearsals? Will you be coming to opening night?

I’ve been working in Europe for the last month, so was unable to attend rehearsals but yes, I’m thrilled to be coming to the opening.

According to the Australia Council, both your plays and Daniel Keene’s plays account for half of all foreign productions of Australian plays. That is quite an achievement. How can we get more works by Australian playwrights be seen overseas?

I’m afraid the “tyranny of distance” is still huge for Australian writers, despite the technological revolution. I think it comes down to two simple things: Fund more Australian writers to live and work abroad, meet people, understand what kind of theatre works in other places and experience different worlds and put more money into theatre companies for touring, exporting work and building networks abroad.

Do you have any writing projects in the pipeline? Are they plays or are they works for television or for film?

I have one play in the works and many film projects. With so many theatres around the world yet to resolve the issues of Covid, I have had to diversify into film to survive. When Covid hit, I was looking at the best year of theatre I had ever had and within 48 hours it had all vanished.

I have no idea where the ideas come from. My characters are never consciously drawn from life but clearly are ghosts from everyday experience.

I’m always looking for good quotes from writers. I found this one from an American novelist Scott Spenser which to me defines the writing process.

Is this how you describe your writing process or their other layers to it?

That quote certainly addresses the question of ego! I think writers are usually people who are curious, sensitive, observant, ambitious, romantic and show-offs.

Hunters Hill Theatre are opening this Friday night with your 2006 play Female Of The Species. How do you feel about your plays being produced by community theatre groups? The community theatre scene in Sydney is strong Is this the case in Melbourne?

Both cities have great community and amateur theatre groups. I love my plays being done by community theatre. A play only really exists in production. And you never know when the fragile alchemy that makes a great experience is going to be there in the room with live performers. It’s just as likely on a little stage in Hunter’s Hill as at the Opera House.