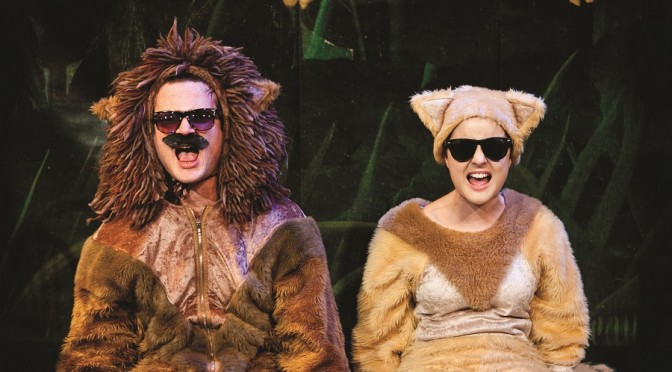 In the play’s program notes, writer/director Zoe Pepper explained the concept behind the production. ‘I was interested in the highly rigid but incredibly brutal social patterns of lions. Ina strange way, many of the social structures of lions are not that dissimilar to humans. The cyclical power play of a lion pride is fascinating to see so I wanted to see how that behaviour would sit in a more human setting.’

The production stays true to Side Pony Productions signature style- black comedy at its darkest – borrowing from the drama of a lion’s life, mapping their social patterns onto human characters dressed as lions.

A co-production of the TRS and Side Pony productions and Gemma Pepper, THE PRIDE opened at the Bondi Pavilion theatre on Thursday 20th March and is playing until Sunday 6th April. Bookings: 1300241167 or http://www.rocksurfers.org/thepride.  Performances Tuesdays to Saturdays 8pm, Saturday matinee at 3pm.  Tuesday nights are at a cheaper price, $21.