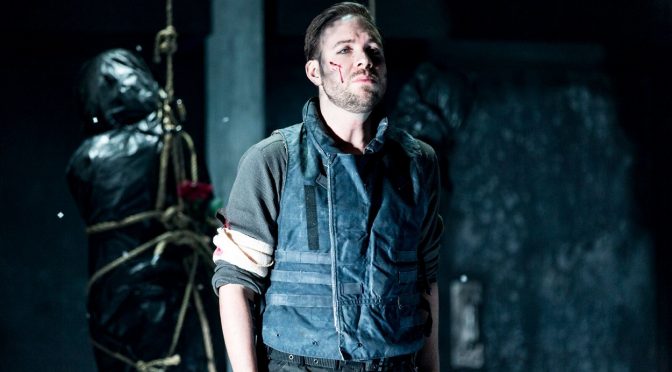 At the time of writing Vivaldi was at the peak of his career and FARNACE was regarded as one of his great triumphs.

Directed by Mark Gaal FARNACE’s plot is full of hatred, betrayal , revenge and war – both civil and interfamily. It is full of dynastic and political scheming : Farnace and his mother-in-law Berenice contend for control of the kingdom of Pontus and political gain. It features roles for very strong women ( eg Tamiri and Selinda ) who make moral decisions challenging the orders given to them by their male equivalents, trying to bring peace and halt the ceaseless cycle of revenge and recrimination .

We also see how when as prisoners the women have to submit to sexual harassment.Berenice herself softens and agrees to peace at the end. Abrupt almost unbelievable changes of heart occur at the end and there is a rather implausible reconciliation. Yet Gaal also hints right at the end that the cycle continues and all will not be’ happily ever after’.

Vocally and musically it is glorious . Pinchgut Opera ‘s production of Vivaldi’s FARNACE is graced by the magnificent Orchestra of the Antipodes, under the enthusiastic , graceful and assured leadership of Erin Helyard, who are in tremendous form .The audience is luxuriously spoilt by so much wonderful talent . It is the fourth Vivaldi opera Pinchgut have performed and its Australian premiere. The stirring horns Clara Blackwood and Doree Dixon must be mentioned as well as a fragilely exquisite and delicate flute solo by Mikaela Oberg during an aria by Tamiri.

The complicated plot has a cast of ten , among whom are the following –

Our anti- hero Farnace was given a superb performance by American-born countertenor Christopher Lowrey . He is charismatic with a dynamic presence and commanding voice .He is often perhaps imperious but we also see his grief when he thinks his son has been killed – ‘Gelido in ogni vena’ (“my blood is frozen in my veins”) – a wintery aria with snow falling – is extremely moving – and his reconciliation with Tamiri is intense and passionate.

Helen Sherman as Tamiri his wife was tremendous , with a lustrously warm many layered voice. Tamiri defies Farnace’s command to kill their son ( and then herself) and hides him for safety.

Courageous Selinda, Farnace’s sister, was tremendously played and sung by Taryn Fiebig with precise comic timing , as well as finely nuanced tones and shading and tenderly shaped sound. Her lustrous , folorn arias are exquisite . She decides to try and save both Farnace and her nephew by stringing along both Galinde and Aquilio .

Jacqueline Dark was in magnificent form as the furious, ruthless Berenice . She shoots uncompromising fireworks of coloratura in her arias but there is also a softer side when she mourns her lost husband.

Creepy villain Aquilio who molests both Selinda and Tamiri and claims to be in love with Selinda was excellently performed by Michael Petruccelli.

Timothy Reynolds as Pompeo , the Roman general , was in fine ,gruff ,haughty form and terrific voice – while scheming with Berenice , he is also the calmer voice of reason and justice against her overweening bloodthirsty demands.

A thrilling production of this now rarely performed opera . 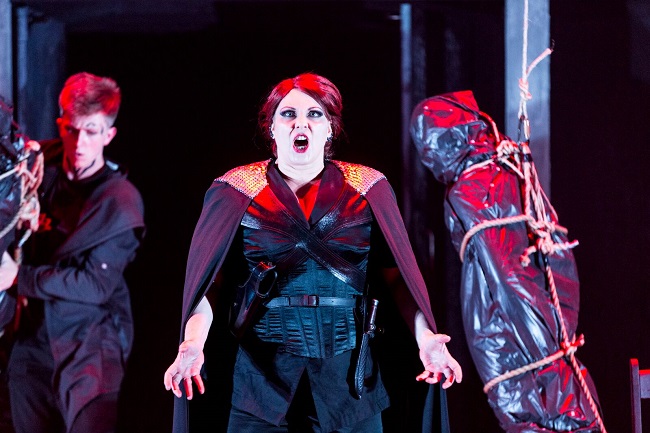