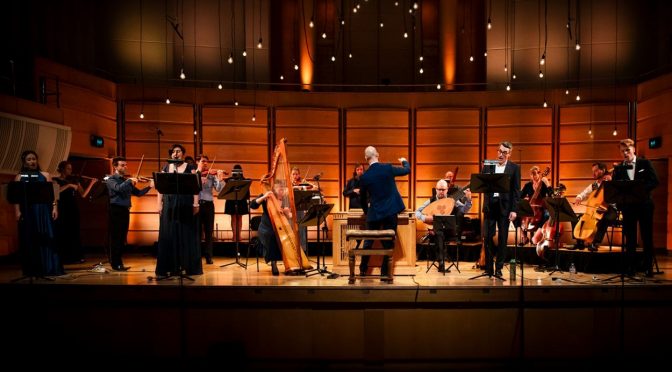 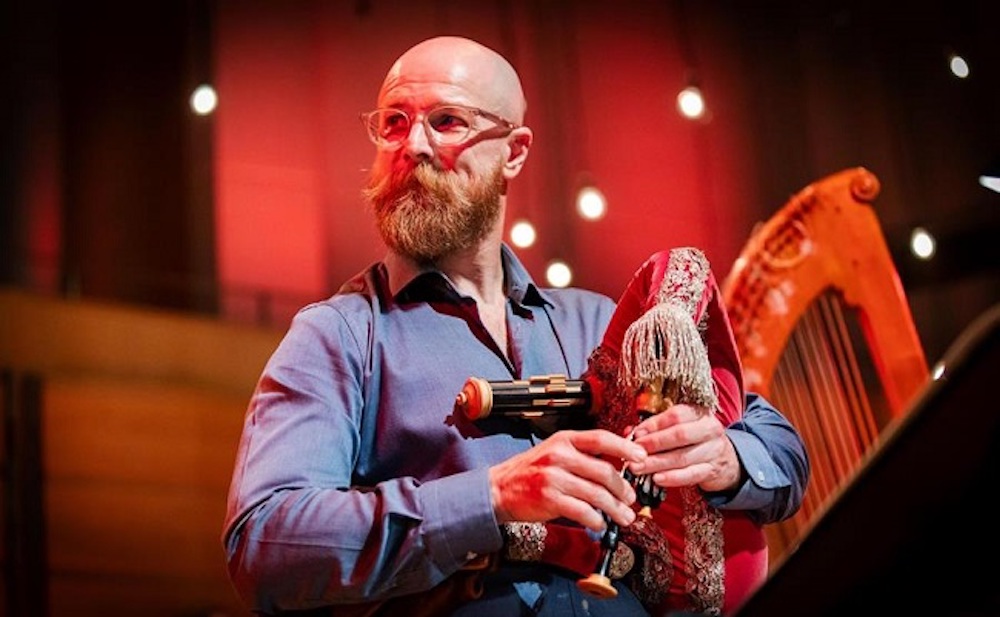 A most delightful Christmas pudding of a rich, varied and thoroughly enjoyable performance, elegantly cultivated yet refined and articulate.

At a reduced capacity City Recital Hall, with lights like stars , wonderful Pinchgut under the enthusiastic direction of Erin Helyard brought us Marc-Antoine Charpentier’s midnight mass for Christmas with added musical interludes by Boismortier and Chédeville. Charpentier’s work is based on 10 “noëls,” popular Christmas tunes (carols) of the era, each one as a section of the liturgy: ( eg the Credo ,the Gloria, Kyrie ) . It was composed around 1690, probably for the Jesuits Church of Saint-Louis in Paris where he was maître de musique.

The orchestra was compressed, consisting of strings and chamber organ backed by a trio of winds, and Charpentier’s chorus was abbreviated to five soloists – two sopranos, two tenors and a baritone. The delicate balance was spot on and the male trios – Eric Peterson and Nicholas Jones tenor and David Greco baritone – were sumptuous. Sopranos Chloe Lanskshear and Anna Fraser were also splendid, soaring and terrifically balanced , Fraser eloquent and Lankshear radiant and translucent.

The opening Kyrie, based on the carol Joseph est bien marie, established the tone with tender but rich pulsating interweaving of voices and orchestra with Helyard sparkling in a dynamic solo on the organ.

A highlight of this concert was a chance for Australian audiences to see and hear the musette, a small indoor French version of bagpipes popular at the time. Played by bassoonist Simon Rickard it was draped in appropriately red velvet and provided a rich multilayered accompaniment to Mel Farrow’s gliding filigree flute, for example.

The Credo was at first reflective then sprightly,  ending in a sudden joyous explosion.

The concluding cradle song, Salve puerile was delicate and pleading.

At the end , Halyard reminded us that 2021 is Pinchgut’s 20th anniversary and they have a most exciting season planned. The encore was Jehan Tabourot’s 16th-century Branle de l’Official (we are probably more familiar with it as Ding Dong Merrily on High.)

I found the photography at times quite distracting – while excellent and clear, it was jumpy with sudden sharp changes of points of view. One second we are viewing the concert from the audience then there are side shots and from behind the performers