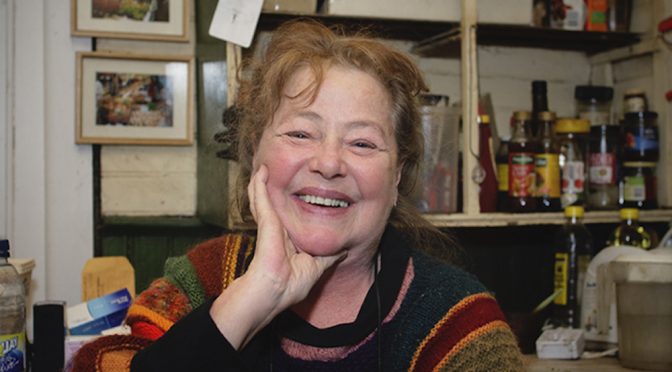 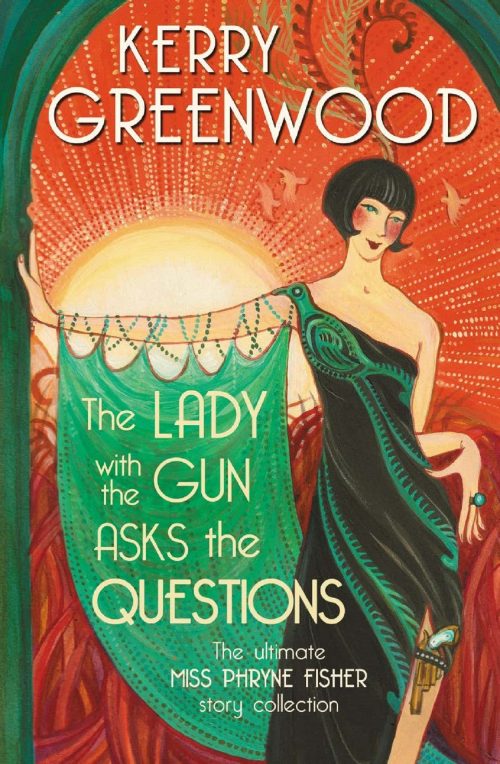 This is a delightful collection of seventeen short stories featuring the dynamic, glamorous and sophisticated The Honourable Phryne Fisher, almost all set in Melbourne during 1928-29. The book is of small to medium size and not too thick. It is an edited and reworked release of a 2008 collection, A Question of Death, with the inclusion of four extra stories. There is a table of contents at the front and a glossary at the back.

In the introduction Kerry Greenwood writes about how she came to create the character of Phryne and how the series developed, as well as her writing process.

Greenwood is the author of more than fifty novels, a book of short stories, six non-fiction works, and the editor of two collections of crime writing. The Phryne Fisher series has become a successful ABC TV series, Miss Fisher’s Murder Mysteries, which has sold globally. She is also the author of the contemporary crime series featuring Corinna Chapman, baker and somewhat unwilling sleuth. (The most recent Corinna Chapman novel was The Spotted Dog.) In addition Greenwood is the author of several books for young adults and the Delphic Women series. In 2020 in the Australia Day Honours, she was awarded the Medal of the Order of Australia (OAM) for services to literature.

There is great attention to period detail and meticulous plotting throughout the various stories. The Melbourne of the late 1920’s is delightfully caught in the depiction of buildings and landmarks and Greenwood has a great ear for dialogue of the era. For those of us who know and love the series, Phryne’s  usual associates including Dot, Mr and Mrs Butler, Jane and Ruth, Tinker, Ember the cat, Detective Jack Robinson, Hugh Collins, her sister Eliza and her aviatrix pal Bunji are all included  (Lin Chung and Bert and Cec if I am correct are not mentioned). Phryne attempts to ensure justice unravelling various crimes while luxuriating in the dazzled attention of various admirers, her marvellous clothes and a delightful glass of something or other while mulling over events.

Greenwood’s writing is full of dry wit and has marvellous character descriptions (eg “ Mrs Ragnell was wrapped up so tightly in furs and a sense of personal grievance that she resembled a polar bear with a hangover.” Or “ The strong, determined jaw could have been used for ramming triremes.”. There is also quite a startling opening to at least one story: “Do come in, “invited Death, and bowed.”.The stories move very quickly with perhaps, at times, overly neat solutions.

Fascinating Phryne is described as ‘a pale, oval face with penetrating green eyes, a firm mouth, a decided chin and eyebrows like thin black wings’ pg 91),with a Lulu bob of her black hair and Cupid’s bow lips . She wears diamante garters and carries a small pearl handled pistol in her elegant bag. Often her splendiferous outfits are lavishly described, close attention being paid to colour, texture and line (eg : “ She was arrayed in a claret-coloured evening dress by Patou , tunic-cut , loose and gorgeous. It had golden and black grapes embroidered around the hem, and it had cost her, if not a king’s, at least a crown prince’s ransom. With it she wore gold slippers and a very fetching cap of the same purple as the dress, decorated with a bunch of golden grapes. She was pleasantly conscious of being quite, quite stunning.”

Phryne is able to move in all levels of society, from formal academic dinners and meeting Archbishop Mannix, artist’s studios, posh restaurants and parties to places of ill-repute with ‘ working girls ‘, chocolate factories and fun fairs .Themes include everything from Medieval manuscripts , ancient Egypt, Greece and Rome, Chaucer and English literature, music and campanology.

Allusions to Sherlock Holmes, Agatha Christie, Oscar Wilde and Lord Peter Wimsey and Carmina Burana among others are scattered throughout . In the stories included here, we follow Phryne solving various mysteries such as finding a missing lucky mascot  hat, retrieving missing pearls, battling wits with a horrid blackmailer,, unmasking a cheat, recovering a missing husband and revealing a sealed room and ‘cooked’ hotel register, industrial sabotage and pinpointing a murderer .

For Phryne’s many fans this is a delightful addition to the series.

Title: The Lady With the Gun Asks The  Questions