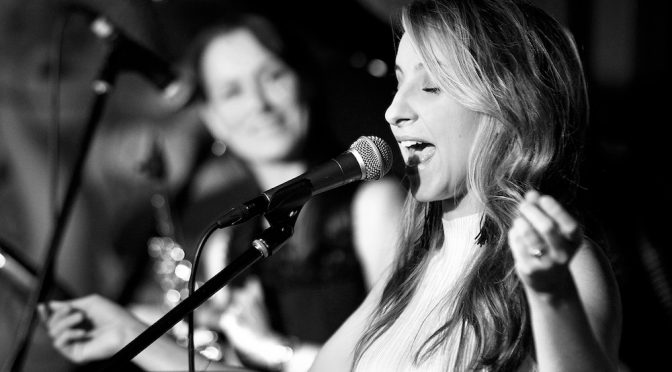 Opening the weekend is a unique collaboration by two female powerhouses – Angela Rosero, front woman of nationally acclaimed Latin orchestra Cumbiamuffin, and Sydney’s soul/R&B goddess Inês, who has recently toured with the likes of Thundermentals and Matt Corby. Having each just performed at Sydney Festival with their respective shows, the ladies will be joined onstage by a trio ensemble of made up of Clarinet, Guitar and Percussion, treating the audience to a night of fused cultures and beautiful harmonies.

Friday night sees Australian singer, songwriter, producer and multi-instrumentalist, Julia Johnson. Supporting the likes of Courtney Barnett, Tim Rogers, and Pete Murray, Julia’s voice has been compared to Florence Welch, Joni Mitchell, Laura Marling, and even a ‘treacherous mountain river’.  Performing in trio format, the arrangements are ornamented with ethereal harmonies and rhythms that swell and recede like a king tide.  ‘Love the way this one swells up and up, and also the blend of the autoharp with more modern production; really pretty.’ – Zan Rowe – ABC

Peach Black Gallery has created a name for itself as a space that celebrates both visual and performing arts, with carefully curated events by visual artist Matteo Bernasconi and Music Promoter Anna Griffiths.

This series will be a feast for the ears and the eyes appealing to art lovers and music lovers alike. Tickets on sale now: www.peachblackgallery.com

Sydney Arts Guide has one double pass to give away to the performance of Julia Johnson on Friday night June 17 2022. Email editor.sydneyartsguide@gmail.com with Peach Black Gallery Promotion in the subject heading and a contact number in the body of your email. The winner will be advised by email.

Featured image : Nova Fado and Alma Orquestra who will perform as part of the Winter Collective