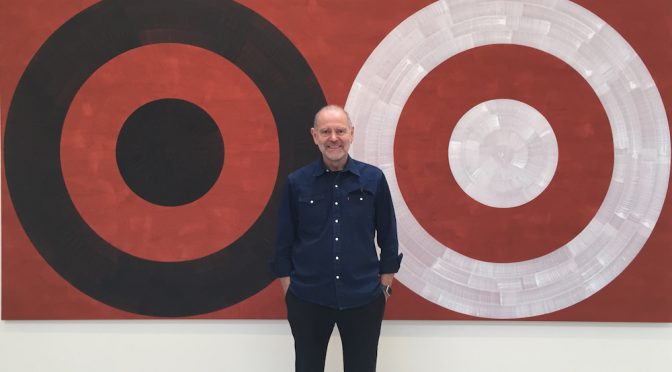 The S.H. Ervin Gallery celebrates the founding of Australia’s most important art  movement.

It’s 50 years since painting began at Papunya and the S.H. Ervin Gallery, Sydney, in association  with Utopia Art Sydney and  Papunya Tula artists, is marking this milestone with a landmark survey   exhibition featuring the work of over 100 artists which runs until  Sunday 4 April.

When a small group of men began painting at Papunya in 1971, no one could have imagined  the significance it would have over the next five decades. This transformative moment was the start of a school of painting that has endured and  thrives today, in the process changing the face of art in Australia forever.

Major artists such as George Tjungurrayi, Ronnie Tjampitjinta, Yukultji Napangati and Makinti  Napanangka are present, and so are the founders Mick Namarari, Johnny Warangkula, Yala Yala and Uta Uta Tjangala. Each decade reflects the changes, the early paintings on board, the shift to linen,  the formalism of the ‘80s, emergence of the women in the 1990s, the second generation emerging  into the 21st century, and the increasing international presence today. No other art movement in  this country has had the significance of the Papunya Tula artists.

Papunya Tula Artists started the contemporary indigenous art movement across Australia; it  motivated the formation of Arts Centres across the desert and beyond; it supported urban  indigenous artists as they began to explore new ideas and themes. Papunya Tula art is now an  integral part of Australia’s cultural heritage.

Guest curator Christopher Hodges, artist and Director, Utopia Art, Sydney has compiled a definitive exhibition from leading private collections. “The Papunya painters revealed to the world the depth of their stories and visual prowess in 1971. From the start, every artist painted with confidence in their own individual style.

The works in this exhibition capture the emotional power of the art of the central desert, and is a tribute to the artists who led the way and the community of painters that has grown from their example. Their contribution has been critically important to Australian culture.” Hodges is an authority on the Papunya Tula Artist having represented them since 1988.

The settlement of Papunya is, 240km north-west of  Alice Springs was established in 1959 as an  administrative centre by the government for the  Aboriginal people who had moved in from the desert.

Settlements such as Papunya were established by  successive Australian governments under the  controversial policy of assimilation.

Papunya’s residents were mainly of the Luritja and  Pintupi language groups, but its residents also included  people from the Anmatyerr, Warlpiri and Kukatja groups.

Some of the Pintupi men had very limited contact with Europeans as their traditional country lay  hundreds of kilometres west of Papunya in the Gibson Desert, where they had lived as hunter gatherers until the 1960s. For many Pintupi, Papunya was their first experience of life in a  European settlement.

The Papunya Tula painting style derives directly from the artists’ knowledge of traditional body  and sand painting associated with ceremony. To portray these dreamtime creation stories for the  public has required the removal of sacred symbols and the careful monitoring of ancestral design.