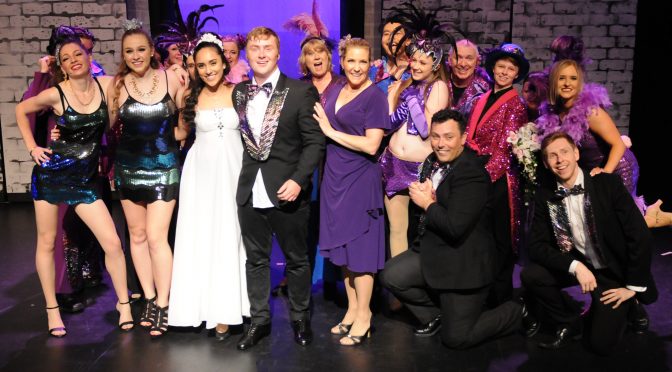 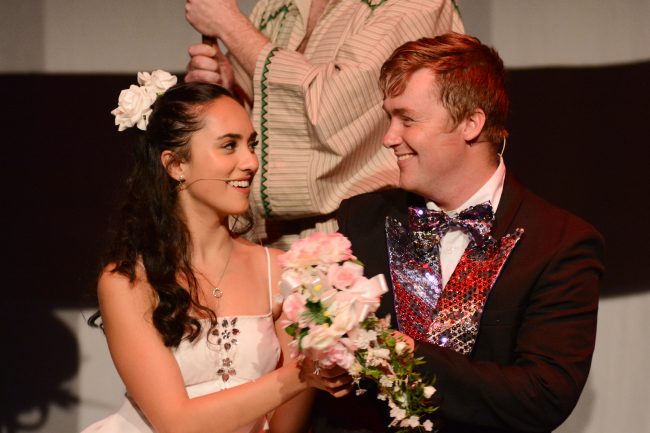 Bankstown Theatre Company’s production of the musical OUR HOUSE is an entertaining, fun night at the theatre that has strong family values at its core. OUR HOUSE. features songs from British band Madness, who were prominent in the late 1970s and 80s, and through this the writer, Tim Firth explores love, family, growing up, responsibility and loss.

The musical follows the story of Camden lad Joe Casey who on his sixteenth birthday takes his dream girl Sarah on a date. Not all goes well and Joe faces a decision that will change his life. At this stage the story diverges into two parallel stories as we follow the fortunes of “good Joe” and “bad Joe” over the following seven years. Louis Vinciguerra is strong in this double role with subtle personality changes to portray the different characters and quick changes ensure the story flows freely from one side to the other. Tamana Rita with her sure, clear voice is delightful in the role of Sarah who skilfully reacts to the different versions of Joe.

Joe’s deceased father, played with suitable gravity, by Paul Adderley watches over the action and pulls the two stories together. Joe’s mother, played by Katie Young, has endless patience and love for her son throughout the twists and turns of his two lives.

Andrew Hutchinson is suitably menacing as bad boy Reecey, a terror at school turned con man and John Edge is thoroughly dislikeable in the part of the sleazy developer Pressman.

The four friends Emmo – Ben Dodd, Lewis – Jordan Jansons, Billie – Madison Larsen and Angie – Rhiannon Garrett, add a lot of fun and interest to the show. They put great energy in their roles and are excellent support for Joe and Sarah by filling out the story with authentic characters.

In many parts the musical uses the darker side of Madness’ lyrics to explore the characters’ hardships in life. The catchy, upbeat songs and melodies however are a great vehicle for the ensemble to show their talents as dancers and singers adding lightness and comedy to the production. Edward Rooke as choreographer has the ensemble doing some excellent routines highlighted by the constantly changing costumes with great backing from the band under musical director Dan Turner.

Under the capable direction of Richard Blomfield and assistant director Ben Dodd Our House is a musical with great heart.

OUR HOUSE from Bankstown Theatre Company plays at The Bankstown Arts Centre corner of Dale Parade and Olympic Parade, Bankstown until Sunday November 18. 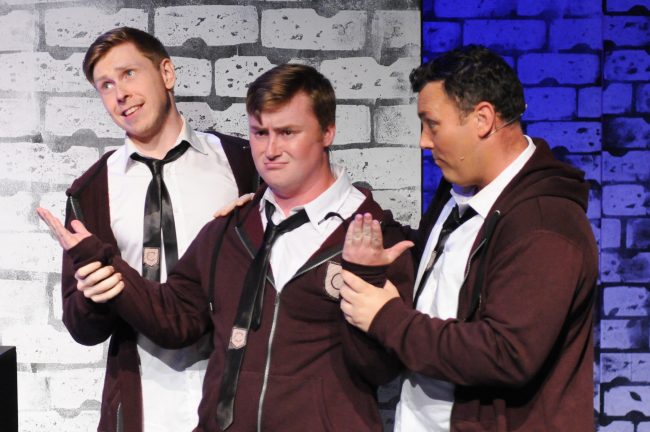