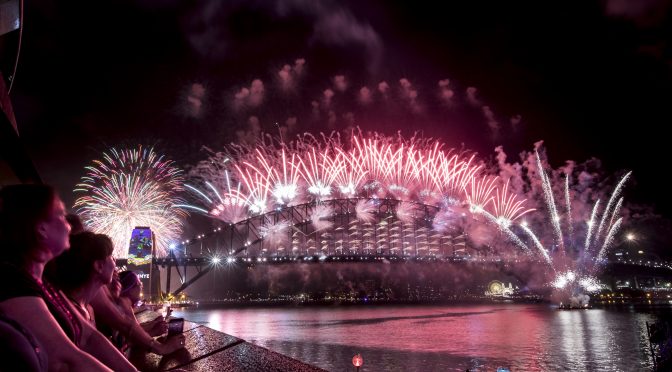 Ringside seats to one of the greatest shows on earth are hard to come by but Opera Australia has some of the best in town, when they take over both the Joan Sutherland Theatre and the Concert
Hall in the Sydney Opera House to stage two sensational performances right in the middle of the action.

Opera Australia’s New Year’s Eve celebrations attract audiences from all over the globe, with last year’s sold-out performances attracting audiences from the US, UK, Brazil, Poland, India and more.

“There’s nowhere in the world like Sydney on New Year’s Eve and there’s nowhere closer to the action than the Sydney Opera House. We’ll be presenting a wonderful night of entertainment on the
stage while Sydney puts on the spectacular firework show,” said Opera Australia’s Artistic Director Lyndon Terracini.

Attendees can select from two performance options on the night – a concert or a charming operetta – combined with a range of dining and party options all with exclusive views of Sydney’s sparkling
New Year’s Eve fireworks.

Concert-goers can choose to swoon in the Sydney Opera House’s magnificent Concert Hall to watch The Opera Gala concert of popular arias by Verdi, Puccini, Rossini and more.

Those who prefer a charming operetta experience can enjoy the Sydney premiere of The Merry Widow in the newly renovated Joan Sutherland Theatre. Featuring Australian-born international
star soprano Danielle de Niese, The Merry Widow is a delicious confection: a light-hearted look at love amid the champagne and glitter of Art Deco France.

Interval is programmed perfectly to catch the 9pm fireworks, and then, after the last note has been sung, the Midnight Party swings into action in the Northern Foyers of the Concert Hall and Joan
Sutherland Theatre, giving guests access to the best fireworks vantage point in the world. Topped off with canapés, drinks, dancing and live entertainment, this is an unforgettable New Year’s Eve
celebration in one of the world’s most iconic and glamorous locations.