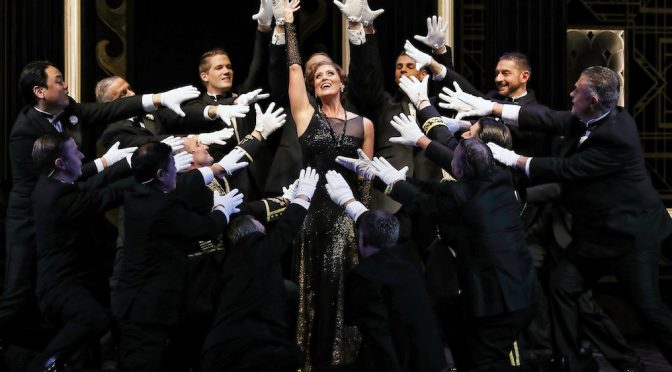 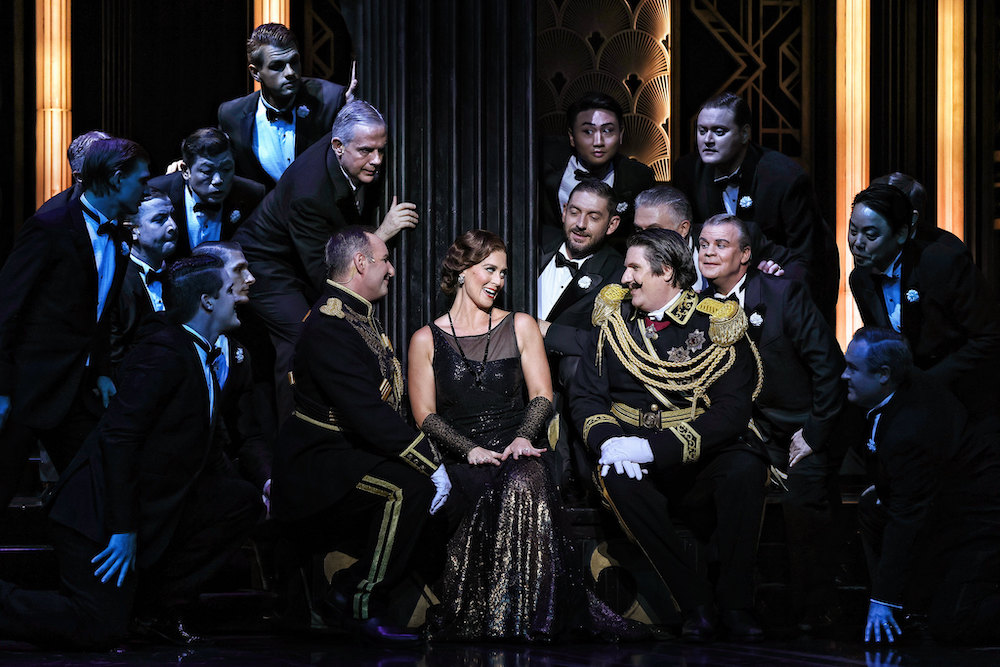 In years past when you went to the opera at Sydney Opera House, there was ample choice of productions to choose between. The venue flowed like a well oiled machine with staff working almost invisibly in all the many ways visitors would connect with them. Last night, 5th January, was a very different scene altogether.

Conversation from the carpark and roadways as visitors walked towards the theatre bustled with excitement, talking with each other when they might normally have ignored other visitors.

“How lovely to be back.” “Can’t wait to get in there.” “Have been waiting for this for a long time.”

Passing through security, the booking office and coat check, you could still hear the appreciation in voices on both sides of the counter. “How lovely to see you again.” Everyone was feeling the much missed connection that was taken for granted previously.

Opera Australia was forced, along with the Sydney Opera House, to close down it’s productions mid-March 2020 and this is the first Opera Australia performance since then, 10 months later.

The audience took their seats. Conductor Brian Castles-Onion was applauded as he entered proudly bearing a black face mask. House lights dimmed and the orchestra launched at break neck speed into the Overture. This was a production like none other.  Every sentient being within the auditorium revelling in the supreme joy of the much missed experience. The audience were warm and generous with their applause throughout the evening despite numbers limited for social distancing. The orchestra and cast were truly in the present moment, finally able to fulfil their purpose once again.

This production of ‘The Merry Widow’ has been performed before with Director/Choreographer Graeme Murphy at the helm. The revival direction by Shane Placentino is excellent, bringing a very natural feel to the performance flow. Many of the cast were in roles they have performed before so, from the very beginning, all major and minor characters were well evolved and their relationships crystal clear.

Justin Fleming translated the opera and wrote the libretto, very impressive work. Sets (Michael Scott-Mitchell) and Lighting (Damien Cooper) were Art Deco and contrasting well between acts. First act is set in a formal Ballroom of black and gold, the second act highly inspired by Monet’s water lily paintings with impressionist patterns changing throughout the act from blue to green to pink. The third Act set in the famous Paris nightclub Maxim’s is the only one that didn’t feel quite right. With heavily tiled black walls, clear plastic furniture and a devilish, narrow red staircase centre stage gave a feeling that was cold and heartless. The sets were there to compliment rather than upstage though, and it didn’t stop the cast from colouring the scenes with humanity, fun, romance and humour.

The costumes (Jennifer Irwin) are stunning. Very glamorous with flowing satins, soft chiffon, trailing skirts and rich embroidery for the women. Lovely folk costumes, diplomatic medals and military braided detail for the men. (There’s something about men in knee length boots which is very hard to resist.) For such an elegant production, it is a bit of a shock to meet the Parisian Grisettes (working class can can girls) at Maxims. There’s a secret little Aussie piece of sense of humour revealed through their dance.

The production was beautifully cast, each character matched perfectly into their roles. Leading lady Julie Lea Goodwin as Hannah Glavari was absolutely stunning, a triple threat and a rare gem.  Her pure joy was contagious.

Leading man Alexander Lewis as Count Danilo Danilovich commanded the stage, charming the audience within seconds of his entry despite his character staggering drunk at the time. The tempo of music slowed to match his request from this point forward which was welcome relief.

Stacey Alleaume as Valencienne Zeta was the perfect naive, dreamy young wife, her articulation outstanding. Having the cast miked was unexpected – perhaps needed for voices less strong in the spoken texts. Alleaurne certainly did not need hers.

Tenor Virgilio Marino as Camille de Rosillon gets the lion’s share of the romantic ballads and completed them with ease. Quite serious in his approach, he was focussed on a clear, lush sound and musical interpretation which he achieved beautifully.

Also of note was Benjamin Rasheed as Njegus, the one who holds all the secrets with the utmost diplomacy. His comic timing was faultless and drew lots of laughs from the audience.

The Opera Australia chorus were a joy to behold singing strong and unified. The orchestra was great, complete with a single violin playing Happy Birthday for someone in the pit at interval – too cute. The dancers were clear, strong and reliable.

The score is absolutely packed full of memorable tunes. There are barely any repeated motifs so you will always find something new to enjoy in ‘The Merry Widow’. With all the chaos in the world right now as old systems crumble and new systems are ready to take their place, it’s wonderful to escape into a dark theatre. You can get carried away in the fantasy of graceful costumes, romantic love stories, an outstanding cast of players and melodies you’ll be whistling all the way home.

Only one slightly unfortunate moment during the first curtain call which featured a man centre stage wearing a face mask. It immediately killed the fantasy and reminded us once again of the chaos outside the theatre. Hopefully they will reconsider that detail in future curtain calls to extend our fantasy just a tad longer. Apart from that though, it truly was delicious.

There are not many productions booked for Opera Australia this year. Get along to ‘The Merry Widow’ if you can and support your local artists.

If you are attending the Opera House, check their website for current Covid rules. Last night’s guidelines were: