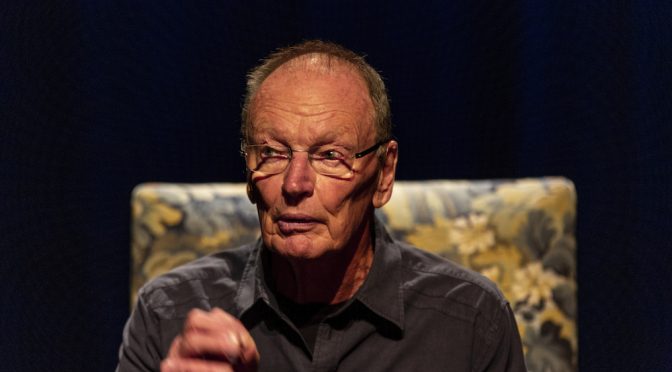 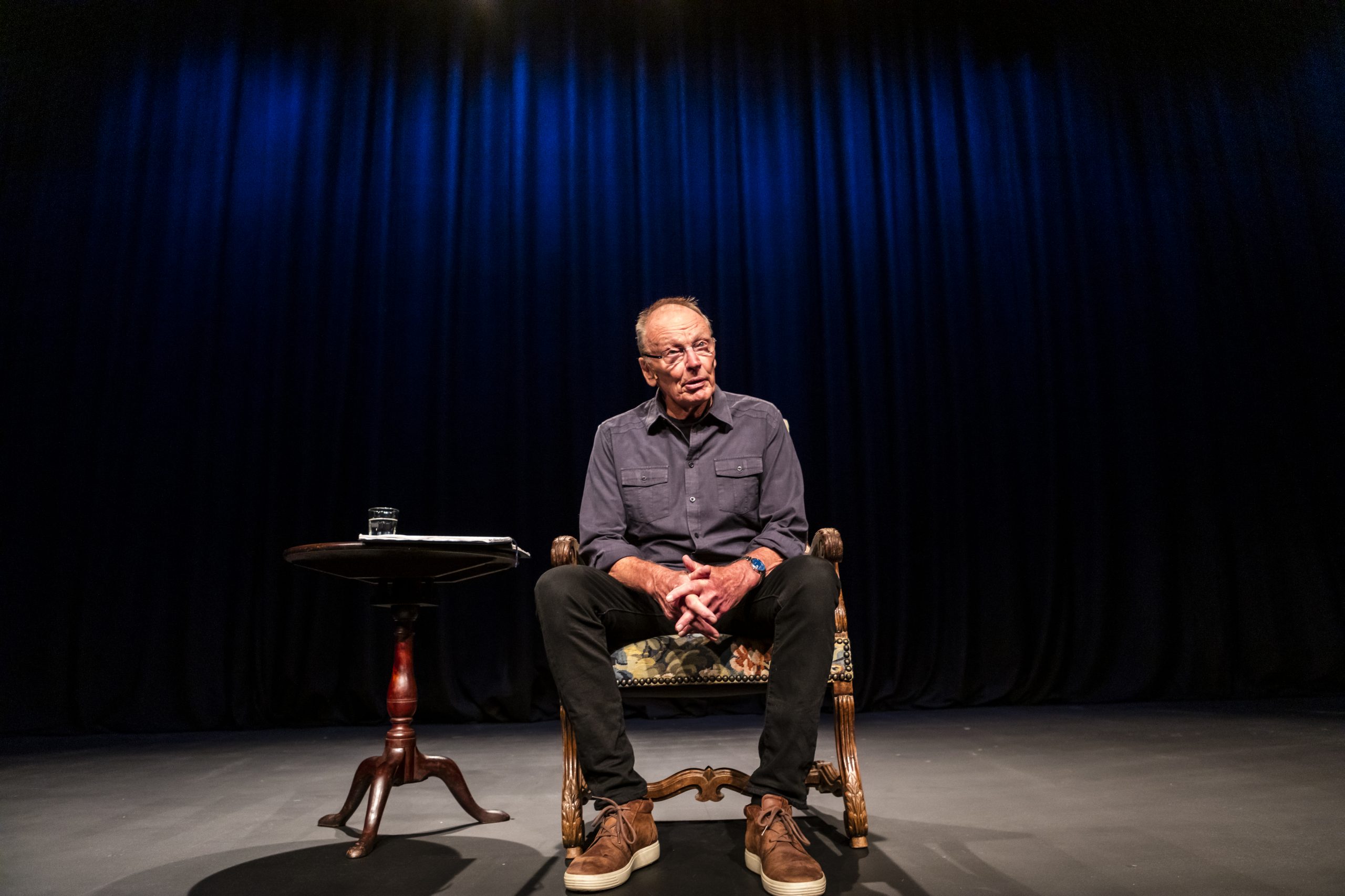 “William Shakespeare was not of an age, but for all time”. Ben Jonson

John Bell in ‘One Man In His Time’ is Bell Shakespeare’s first production for the year.

It is fitting that it is starting its thirty first year with a show presented by its founder.

‘One Man In His Time’ is the most pared back of shows. John Bell walks on to the stage, with applause of-course, and at the centre of the stage is a chair and a side table with a bottle of water and a folder sitting on top.

The evening is made up of Bell eloquently reciting favourite Shakespeare speeches and bringing out all the music in the words.

Bell prefaces each speech with his thoughts on the speech.

Bell recites some of the most famous speeches in all of Shakespeare; Hamlet’s ‘To be or not to be’ speech from Hamlet, Jacques ‘7 Ages Of Man’ speech from ‘As You Like It’ and Prospero’s  speech ‘we are such stuff as dreams are made on’  from ‘The Tempest’.

Bell described how there was one speech in Shakespeare, Hamlet’s speech to the Players in Act 3 Scene 2, where he felt that the writer himself was speaking, and not one of his many great characters. Shakespeare lived for the theatre, his world was the stage.

The show, at seventy five minutes, was never going to be long enough. Nevertheless it was great to be in his company, even for such a short time. The reality, of-course, is that Bell could talk about Shakespeare for hours and hours.

With John Bell we have one man in his time who has lived an extraordinary life. Back in 2014 he was declared a National Treasure by the National Trust of Australia for his outstanding contributions to Australian society in the field of theatre.

ONE MAN IN HIS TIME only has a short season playing the Playhouse at the Sydney Opera House between the 11th and the 14th March and then the Canberra Theatre Centre on the 14th and 15th April, 2021.