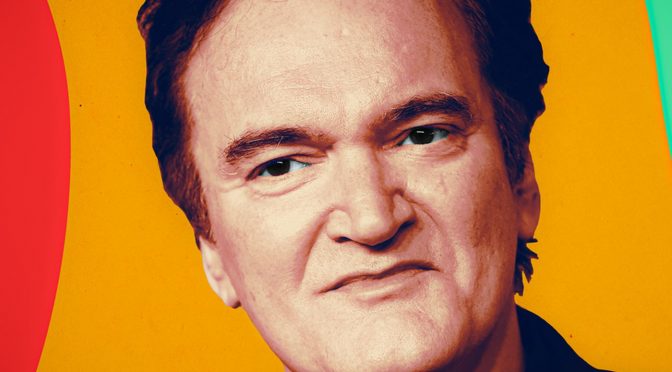 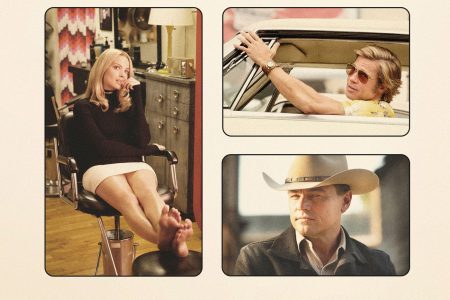 Having seen the picture and being a devotee, it’s impossible to divorce my memory of the narrative and characters from the contents of the book, but I would bet odds and evens that anyone coming to ONCE UPON A TIME IN HOLLYWOOD as a version virgin having not seen the film, will discover a panoramic pulp fiction entertainment that fairly flies by its four hundred fascinating pages.

Quentin has the quality to make the appalling enthralling, observing and absorbing pop culture and pulping it into fiction. The very title, ONCE UPON A TIME IN HOLLYWOOD is redolent of fairy tales and folk lore, and as a practitioner within the dream machine, he knows that the fantasy of film, the magic of movies is pervasive in its penetration of reality.

Full of fable about film making, even those with a fleeting knowledge of film references will enjoy the juice of this jaunty read, while film buffs will swill and soak up the scandalous suppositions like the proverbial pigs in shit.

Tarantino mixes myth with fact, real people with composite characters, actual productions with wishful films, some fleshed out with such detail they make up chapters in the novel. Such alchemy should be met with alacrity as it casts a tensile spell of tinsel and tarnish, the slippery solipsism of celebrity.

Scenes that peer into the process of performance in pictures are priceless. Sam Wanamaker directing Rick Dalton, the character portrayed by Leonardo DiCaprio in the motion picture, with allusions to the Bard’s bastards and Brando’s bikies is hilarious and Dalton’s rehearsal with a child star prodigy are equally hilarious and priceless.

The logic of the Three Georges monologue concerning the casting of The Great Escape is in parity with the soliloquies from the Tarantino canon.

We get more of the history of Cliff Booth, Dalton’s stunt double and gopher, memorably played in an Oscar winning performance by Brad Pitt. A decorated war hero, he didn’t leave his killing on the battlefields and jungles.

We discover a man who quotes pulp fiction heroes like Matt Helm the way the British quote Keats and the French quote Camus, how he came into possession of his beloved dog, Brandy, and the truth behind the rumours of what happened to his wife.

The book, in part, is dedicated to all the actor Old Timers who told the author tremendous stories about Hollywood in the period covered, actors who eventually worked with Tarantino like Bruce Dern, David Carradine, Robert Forster, Michael Parks, and especially, Kurt Russell.

In 1969, the prevailing wisdom was “On TV they don’t shoot a script they shoot a schedule”. Similarly, back in the day, a book published on the back of a motion picture was called a novelisation, a sort of bastard child of the source material.

To consider the novel, ONCE UPON A TIME IN HOLLYWOOD, a bastard, then consider it a glorious one, a natural born Edmund, one that stands up!

ONCE UPON A TIME IN HOLLYWOOD by Quentin Tarantino is a Phoenix Paperback published by Weidenfeld & Nicolson.