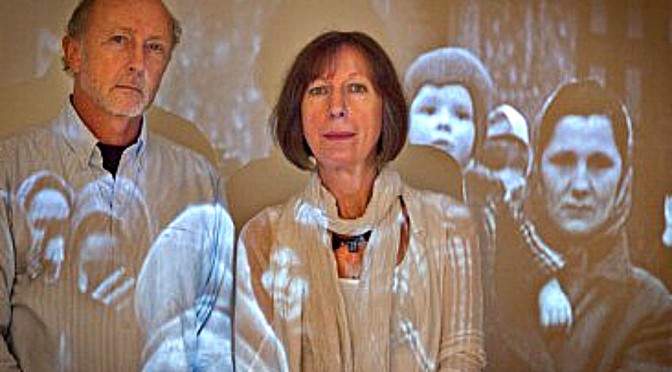 Before silver passed her picture making palm in 1984 with the celebrated AFI Award winning feature Silver City, Sophia Turkiewicz, while still a student at AFTRS, started on a documentary about her mother, Helen.

The film was shelved for thirty years, until Sophia was compelled to revisit the scenes she had shot as a reminder of the woman who gave birth to her, the woman whose own memory was now drowning in the depths of dementia.

Helen’s mental and physical decline inspired an urgency in getting her story down and Sophie scrounged all manner of recording equipment to get the job done.
She traveled to the village of her mother’s birth in a bid to substantiate and correlate Helen’s unreliable memory, the shifting plates of the geopolitical tectonics of the twentieth century now placed the village in the Ukraine rather than the Eastern Poland of the time of her birth.

The visit had a profound effect on the film maker – people spoken about but never met – grandparents, uncles, aunts, cousins – suddenly became real as Sophia walked in the footsteps of her family.

The abstract became real. Holocaust and diaspora were no longer conceptual terms but tangible touchstones to a generational past.

Surviving the invasion of Poland by the Nazi’s, Helen was deported to Siberia by the Stalinists. Escaping the Gulag, she made her way, via Persia, to Africa, where Sophia was conceived. Settlement was still not yet secured for the young refugee until she arrived in Australia, a single mother.

Having to earn a living eked by motley hours and meagre wages, Helen’s best recourse to feed and educate Sophia was to place her in orphanage. For a seven year old this was puzzling, hurtful and tantamount to abandonment. Like all that Helen had endured before, it fractured another dear relationship, one that was only healed years later, and finally by the making of this film.

Affecting, poignant, cathartic and educational, ONCE MY MOTHER is a very private picture that has become a very personal cultural and artistic gift from film-maker Sophia Turkiewicz.