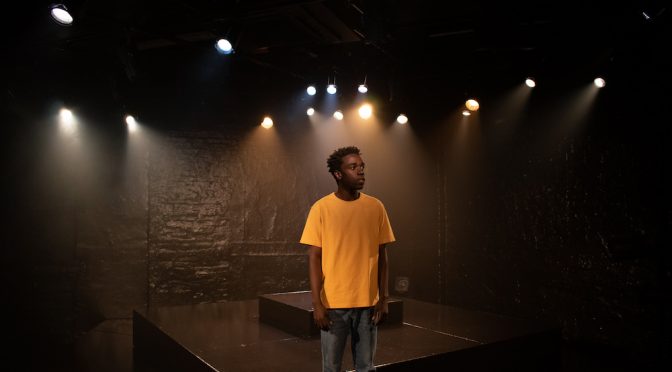 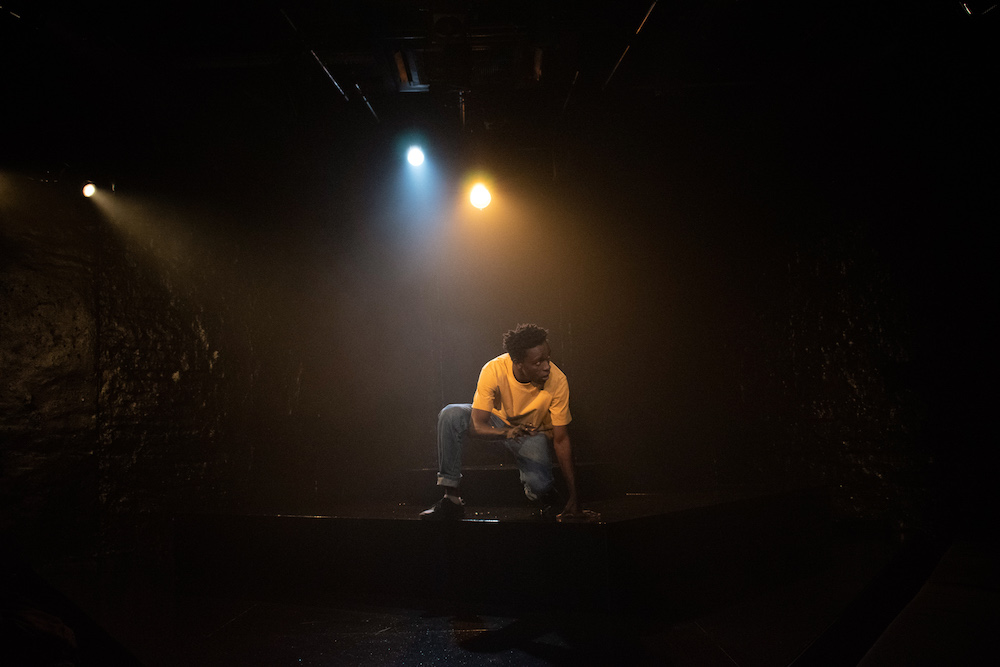 With his expressive eyes and long, sinewy arms writer and performer Oliver Twist sweeps you up into the jungle of Rwanda all the way through to Sydney in just one hour.

The set consists of a square platform with a smaller platform above it painted in brown. The two angled black backdrop walls are covered in black sheeting. Not much to work with, eh? In this marvellous production it’s more than enough and travels beyond to splendid.

With his vivid recollections and expressive tale telling, it’s hard to know where director Erin Taylor’s input ends as it merges seamlessly with Oliver Twist’s performance.

His story is not presented in a linear fashion. It is also far from grim and has flashes of humour throughout.

The play commences at Rwanda’s Lake Kivu where Oliver was born and constantly throughout the play, as each of Oliver’s family survives imminent death. The later scenes at Lake Kivu involve Oliver’s baptism where supposedly he is reborn. It then flashes towards imminent massacre in Rwanda and a Malawi refugee camp. This is an extremely clever device as the audience must recalibrate to keep being immersed in Oliver’s extraordinary story.

With a minimalist  set design, lighting is especially important. In the hands of Kelsey Lee, Oliver’s scenes are lit in darkness, his time in refugee camps, are lit in dusky orange hues, whilst Australia is lit in brighter lighting.

Particularly poignant is when, at various points in the play, Oliver is lit from above with a single spot when he reflects on what he has experienced.

One is struck by Oliver’s extraordinary resilience having been pinned against a wall by two armed militia men to lying on the floor of his father’s shop as bullets whizzed overhead, to his initial walk from his Ipswich migrant housing on his first day of true freedom only to be stopped by two policemen suspicious of him because of his colour.

This is Oliver’s debut play and it is a wonderful accomplishment both in terms of acting and writing.

The play ends on an ambiguous note as to whether he will succeed in his new home town of Sydney.

However, we the audience, know the answer to that question as we watch a wonderful new talent emerge.

Griffin is also confident about Oliver’s promise. He is one of 2021’s Griffin Lookout Artists. This means he will be given $5,000 towards the development and production of further work. In addition Lookout Artists receive 70% of their shows box office.

This is an unmissable experience.