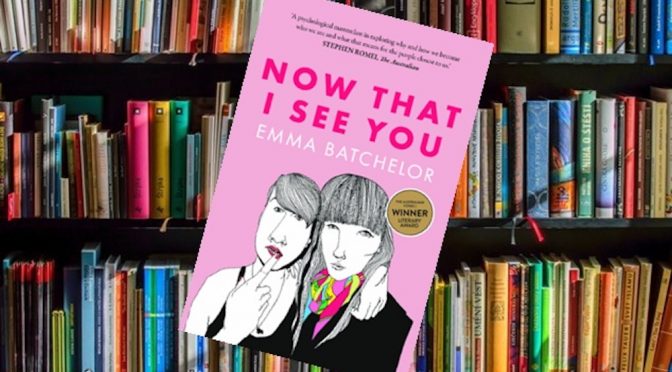 This auto-novel won the 2021 Vogel Literary Award for unpublished manuscripts by writers under the age of 35. Allen & Unwin’s Australian office publishes the winner of this annual award.

The award was started in 1980 by Vogel (the bread company) jointly with The Australian newspaper to encourage young writers. The manuscripts submitted must be unpublished. The rules include that the winner will be published by Allen & Unwin.

In 2019, the judges did not award the prize due to the poor quality of entrants.  The promotions for this year’s winner are written by the former Literary Editor of the Australian and is promoted by the newspaper.

This is an auto-fiction, recounting author Emma Batchelor’s own six-year experience in a relationship with a man who concerts to a ‘femme’, as she calls her former partner Jess.  Because we are told that Jess is autistic, it is impossible to know if their difficulties are a result of the transformation to a femme, being on the spectrum, or both.

The big question is how does the partner, now living separately, feel about having  his (politically correctly termed ‘they’) life exposed for the all to see. Everyone will know it is ‘they’ Emma is writing about because she has said it is. Masking this as a novel to protect the author could be very morally difficult.

There are essentially only two characters, Emma and Jess. The book is promoted by The Australian as ‘an authentic, original exploration of complicated love’. This is true. This auto-novel is written much like a chronological record of events with several short flashbacks to the beginning of their relationship. Included are dozens of similar emails Emma writes to her partner, lists of her daily intentions (‘get through the day’), lists of what she is grateful for (Casper, her cat), lists of what to discuss with her therapist and other lists. There are amusing moments such as when she says ‘I cleaned out the shed…It was incredibly traumatic and is by far one of the most horrible things I have ever done’. Really? The book is about her six year horror of dealing with her partner’s transition.

If this is a book about a psychological trajectory and exploration, it is nothing like Dostoevsky’ Raskolnikov, a man with ideas and action in the world. Emma and Jess are mostly self-absorbed,  not interested in anything but themselves. They do go to the art gallery and visit friends but mostly, it seems, just to have something to do. They delight in taking days off work to have a long weekend. She takes sickies. She is unremorseful about being late for appointments. They just manage to function in the larger world. They are devoured by their angst, her suicide attempt and Jess’s escape from the relationship. She believes she was abandoned. The reader suspects Jess had to escape her clinginess.