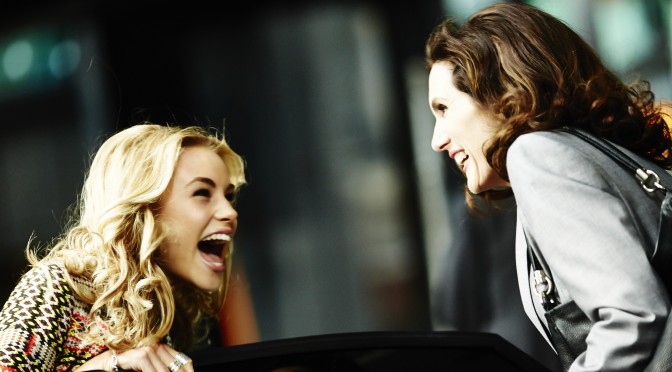 The normal life of an everyday, typical Melbourne suburban family turns upside when their pop-star, diva of a cousin comes to stay with them in Now Add Honey.

The film is the creation of husband-and-wife team, Wayne Hope, director, co-producer and Robyn Butler, co-producer, writer and main star. The couple has considerable industry experience behind them being the creative force behind TV comedy hits such as Upper Middle Bogan, The Librarians and Very Small Business. NOW ADD HONEY is their first feature film together.

From a very early age, Caroline also serves as a mother figure to her younger siblings, sisters: Katie played by Lucy Durack and Beth by Portia de Rossi.

Echoing the lines of Britney Spears,Miley Cyrus and Lindsay Lohan, both the mother and daughter are trying to rebrand her global image and appeal with a raunchy music video and nude photo shoot.  All hell breaks loose when Beth is held in rehab while visiting the family in Melbourne and Honey stays with Caroline who must look after her and set her and her career straight.

There was no shortage of laughs while watching Now Add Honey, helped by Hamish Blake’s performance. However, the film did lose focus and felt like it lost a bit of control towards the end.

A final note. The film contains many adult themed jokes which makes it unsuitable for viewing by young children.