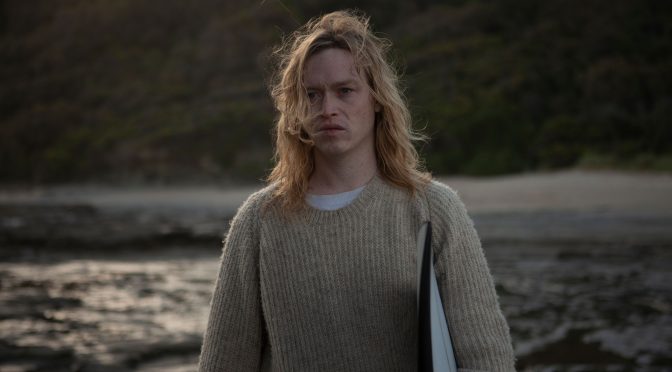 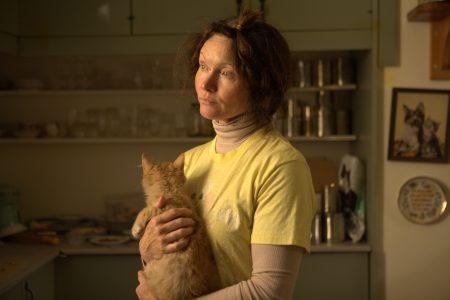 When Evil visits, unbidden and unwelcome, we grapple with trying to understand. Likely as not, we never will understand, but trying to make sense of the senseless is as strong a human desire as any to find reason in an often unreasonable world.

Director Justin Kurzel has made a film called NITRAM, written by Shaun Grant, continuing the director writer collaboration dating back to Snowtown.

Kurzel says “Since my first film Snowtown I have been interested in why young men search for answers in such extreme violence. Is there a cultural void, which starves these human beings of a tribe, an absence of belonging? What corrupts them towards this apathetic and senseless need to destroy life?”

Caleb Landry Jones plays Martin in a performance that the Cannes Film Festival bestowed Best Actor Award upon. It is a portrayal redolent of Joaquin Phoenix as Arthur Fleck in Joker. There is a deep mental instability in the character, a fascination with fireworks that is fetishistic, a streak of the unconscionable, careless of consequence.

Is it nature or nurture in NITRAM? Can complex beings be categorised so simply? Does a dichotomy in parenting create a deviant child? A weak, feeble, fragile and ineffectual father played by Anthony LaPaglia, who is also listed as an executive producer on the film, is contrasted against a more tough love mum as portrayed by Judy Davis.

Some relief from Martin’s emotionally stunted personality and social awkwardness is presented by Essie Davis as Helen, eccentric Gilbert & Sullivan singing lottery heiress, in an outstanding performance. She sees in him a fellow misfit, someone she can share her solitude with, shower with affection and friendship.

Alas, this apparent affinity in eccentricity is mismatched, squandered by Martin’s inability to synthesise either sympathy or empathy. A similar trait estranges his father and exasperates his mother.

The film, to its credit, does not fall for the simplistic cause and effect scenario. And it doesn’t make Martin a victim or a monster. NITRAM speaks in a language that challenges the complacency of so many of us about mental health and gun control in particular.

The most disturbing scene is when a gun shop owner happily, almost gleefully, sells high powered weapons to a clearly disturbed young man.