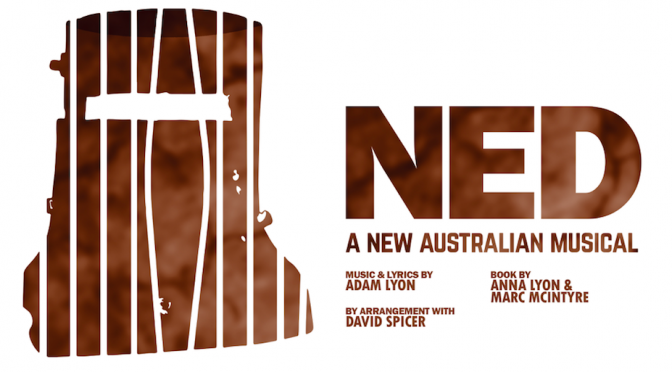 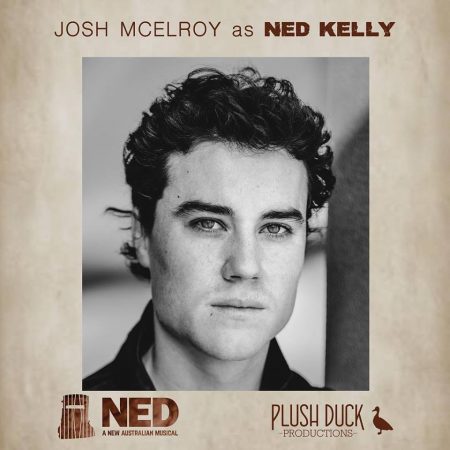 Plush Duck Productions‘ inaugural production is the NSW Premiere of NED: A NEW AUSTRALIAN MUSICAL. Based on the life and experiences of Australia’s most iconic bushranger, NED:  explores Ned Kelly’s turbulent life and the events which led to his demise.

We sent through some questions to Josh McElroy who is playing the legendary character.

SAG:      Thank you for taking our questions, especially so close to opening.  What attracted you to the role?

JOSH:    Every time a role for Ned Kelly has ever come up I have been chomping at the bit to get involved. He is an icon, a legend, a puppet, a politic. It’s odd to think that once upon a time he was just an average man though.

For me, it has been absolutely riveting getting into his head and trying to understand, not just what occurred on some of those dark days, (for even the facts of a lot of these incidents are contested) but why they occurred, what his thoughts must have been, what he feared, what he valued and what he championed.

SAG:   It’s pretty unusual, a musical about an icon that we think we know lots about?

JOSH:     Everyone has an opinion on Ned even though no one alive today met the man. I am attempting with guesswork to figure out who he was, but in reality, I am playing the legend.  I think in a way we use his name projects our own identities onto the Australian cultural tapestry.

Ned was the doctor of his own tale which I believe it was intentional and that it was masterfully done.  But I feel the concept of a legend is an ever-changing thing, it shapeshifts within the eyes of each generation that passes. It’s a kind of cursed immorality because he will forever have his soul torn apart and divided among the masses, yet on the other hand his name will be uttered long after mine is forgotten.

So, a musical about an icon? It’s just another page in the book of legends. The fact that we think we know so much about him is as it should be. I think it means we care. I think it’s important for who we are as a nation to care about the mighty figures of our past.

SAG:   I expect you had to do a fair bit of research?

JOSH:   Yes, I have definitely done a fair bit. I am always interested in the politics of a country’s grand narrative, and it seems to me this is no different to others I have encountered. Iconic folktales and grand theories seem to surpass the facts in these stories.

I have read and listened to experts who come to vastly different conclusions on who Ned was. So, it has been interesting to hear both sides. In terms of the times that these people lived in, it has been truly eye opening. The struggle and the hardship and the fact that things got done back in this era always astounds me. I guess I learned some of this stuff in school but I have certainly forgotten about it.

It’s is worth noting that I was surprised at how little I understood my own history and who these people were. 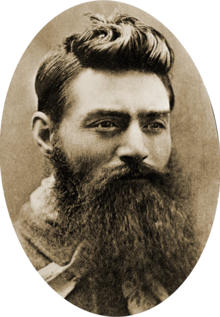 SAG:    Has immersion in the project changed how you view Ned and the Kelly gang?

JOSH:    Vastly. I guess it’s one of those things where I have learnt an incredible amount of new information about them, how Joe could speak Chinese and was addicted to opium, how Steve used to ride around the countryside in women’s clothing and how Ned’s father died of acute alcohol poisoning – all incredible facts that most are unaware of. However, I have also learnt how much I don’t know and how much we will never know who these men and women really were.

SAG:   It’s a stellar cast for this NSW premiere of the show.  The media release mentions ‘raucous humour’ has the rehearsal room been fun?

JOSH:   Raucous is a good word. It has been a while since my last musical, you could say I forgot how lively the rehearsals can become. Not just banter-wise but also the magic that innately comes from a group of people singing together. There is nothing really like it!

SAG:     Has there been a lot of scruffy beard growing amongst the cast?

JOSH:    Hahahahaha yes! However in my case, it’s been an attempt and subsequent failure, as I never hit the facial hair stage of puberty – so that’s a bummer. But I do get a great one glued onto me every night.

JOSH:    The music is heavily influenced by an Irish sound, a nod to the Kellys and Ned’s roots. We have a fifteen-piece orchestra behind us. It is loud, it is big, it is passionate. You will love it.

SAG:   Do you have a favourite song that we will be humming as we leave the theatre?

JOSH:    ‘No Way Back’ is an absolute banger. It’s hard to get that one out of your head really. In a good way. Unless you are trying to fall asleep.

Not much of that for Josh as the previews began tonight. NED: A NEW AUSTRALIAN MUSICAL from Plush Duck Productions [Facebook] runs at the New Theatre, 18-22 December, 2018 .