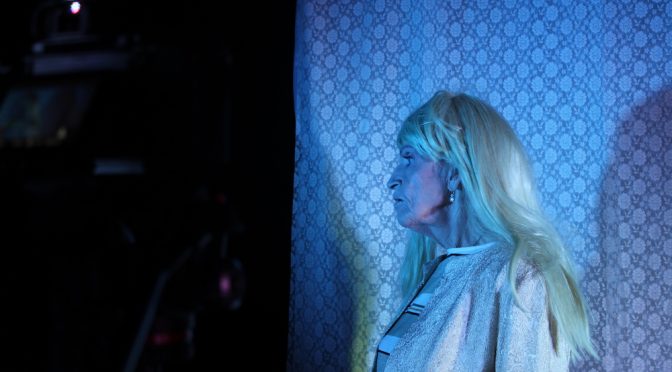 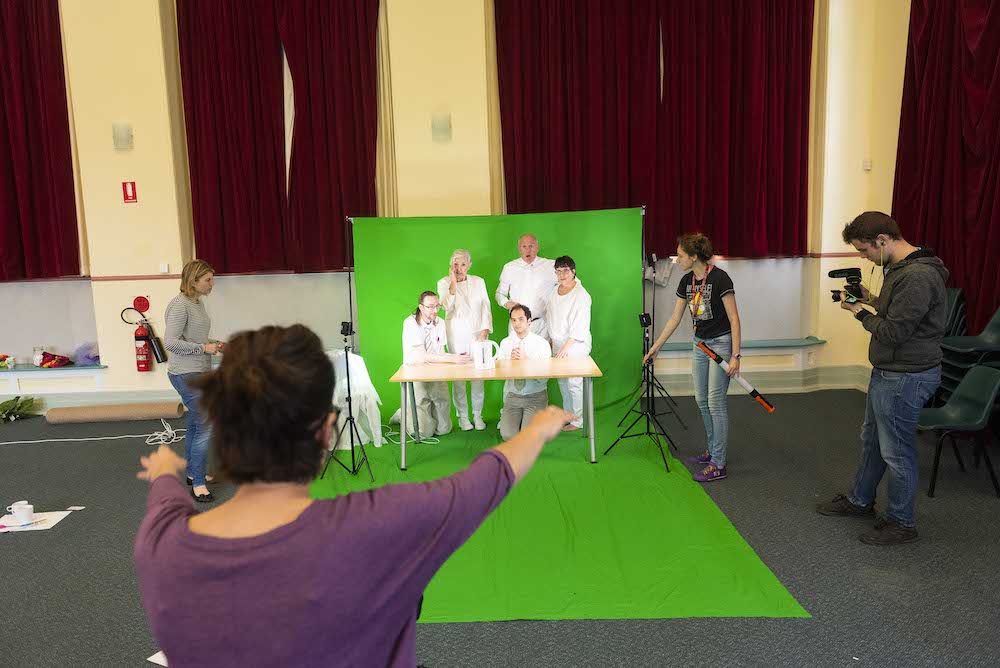 The Milk Crate Theatre Company is a great Sydney based organisation which strives to build the confidence, skills and social connections of homeless and severely disadvantaged people through theatre workshops and performances.

I went across to Petersham Town Hall to see Milk Crate’s latest production simply entitled NATURAL ORDER. This proved to be a ‘full on’, immersive experience as we were moved around to different locations around the hall, as the cast  performed in front of us as well as watching them on  pre- taped segments screened on monitors set up in the hall.

There was no mistaking the world of this play.  It’s the Department of Human Services, in the case of the play the Department was simply called Davo- Human services for humans.

The cast played, very well,  both ‘sides’; some were restless, disgruntled people in the waiting room tackling forms, whilst others played prissy, officious staff.

At one point, in a clever twist, we, the audience,  went in to another room, to be processed as people looking for work/accomodation.

There was a comic taped scene featuring a promotional Government  advert depicting  a very modern Government office with  super slick and smiley staff.

This was the second production which I have seen recently that has memorably captured the plight of the homeless, the other one being Emilio Estevez’s poignant film The Public, currently screening in cinemas.