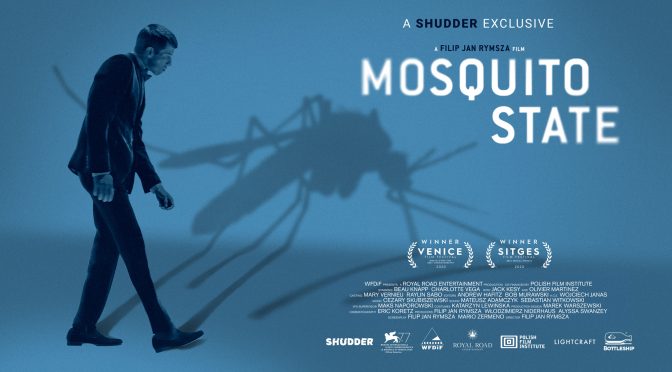 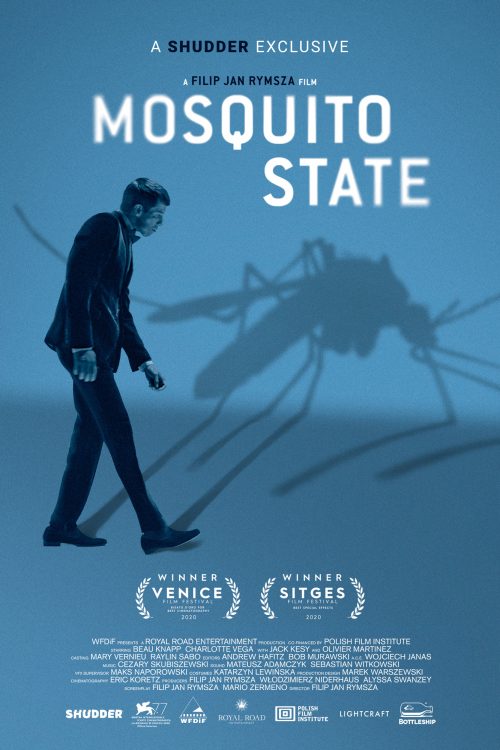 Not to be confused with the Peter Weir film, The Mosquito Coast, MOSQUITO STATE is more akin to David Cronenberg’s The Fly.

Set in August 2007, on the precipice of the Global Financial Crisis, austere and obsessive Wall Street data analyst, Richard Boca sees ominous patterns: His computer model, code named Honeybee, a golden goose for the company he works for is behaving erratically. Looks like the golden goose is cooked.

At a party in his honour of which he is a reluctant guest, he becomes the unwitting host of a tenacious mosquito. He brings the parasite home and soon a swarm swamps his apartment.

More monstrous, Richard is starting a metamorphosis into a humanoid insect.

Mother Nature slips on her black coat and picks up the carpetbag of the manipulated money market in this richly metaphoric movie.

Director-screenwriter Filip Jan Rymsza cleverly spans his story over seven days, the life cycle of a mosquito, merging anatomical mutation with the engineering of the monetary market, mirroring the crash of 2007 replete with signs of socio-political and economic rot.

The literary etymology of this entomological terror is keenly traced and traversed making it a cerebral shocker as well as a visceral one.

Sweaty, under your skin cinema, MOSQUITO STATE is a malarial fever nightmare. Watch it with a can of Aeroguard handy – or with a SWAT team.