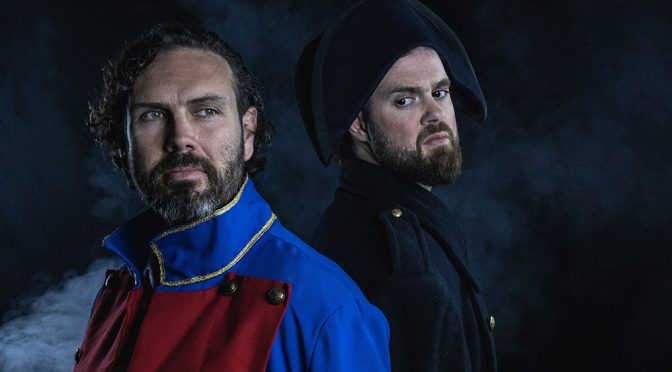 There’s big news on the community theatre front with Miranda Musical Society soon putting on a production of LES MISERABLES and the production will be directed by Australian music theatre legend Geraldine Turner OAM.

LES MISÉRABLES is eagerly awaited by fans and new audiences alike. “I think it is so popular because people are very familiar with it, as it has been revived so often. The universal themes in Les Mis of redemption and goodness resound with all audiences. It’s such a powerful story. Its messages of hope, love and the triumph of the human spirit transcend decades with its powerful characters who have left their indelible footprint on the stages of countless theatres over many years”, Geraldine said.

This has been a mammoth project for the creative team. “There are over 70 cast members including our wonderful principals. I have also added some children throughout, as I want to create a world in which these characters reside. I am trying to be faithful to the text, whilst putting my spin on a few aspects of the story”, Geraldine said.

The thrilling score is supported by a magnificent professional orchestra and brought together under the masterful hand of Musical Director, Mark Cranston Reid.

Playing the iconic role of Jean Valjean is Andrew Symes “I’m so thrilled to be playing Valjean in this production of Les Misérables,” Andrew said. “With arguably the most breathtaking score in musical theatre history, this show remains iconic and relevant today because it deals with themes of love, courage, the human spirit and the difficult choices we make which define who we are and what we stand for.”

When asked why audiences should see this production, director Geraldine Turner said “For starters, the singing is exemplary. My cast is splendid. I am storytelling all the while, so there will be an authenticity. It is a new production, so the settings are new, but you will feel the familiar emotions as you watch and listen. Fans of the show will be pleased. If you have never seen it, then definitely come and see this production”.