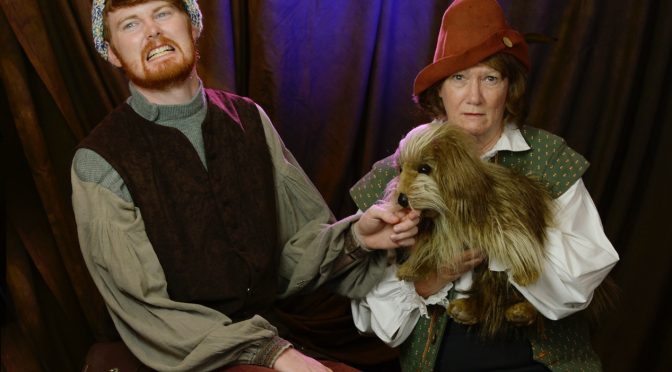 There is love and magic in the air when Sydney’s longest-standing community theatre company presents a brilliant cast with a fresh take on Shakespeare’s most beloved romantic comedy.

The Guild Theatre– founded in 1952 and based in its gorgeous, intimate Rockdale theatre for more than 50 years – offers a troupe of talented Elizabethan players in an exuberant celebration of love and laughter: a four-week season of William Shakespeare’s most popular comedy: A MIDSUMMER NIGHT’S DREAM.

It’s almost 40 years since The Guild presented a full production of a Shakespeare play… and director Susan Stapleton knows it’s well overdue. Stapleton’s own dream of staging this magical Shakespearean classic goes back to her years of studying The Bard at University, including a course at Cambridge in England.

It’s the personal quality of Shakespeare’s work that fascinates Susan: “He can be very cheeky and bawdy yet, as a poet, frames his ideas in such beautiful imagery that you can’t help but see into the human soul. The fact that this insight is over 400 years old – yet both timeless and universal – makes it all the more intriguing. I’m so very excited and can’t wait to share it with our audiences,” Susan adds.

The Dream is Shakespeare’s funniest and most accessible play and will delight both devotees of The Bard and audience members less familiar with his works. The cast are a wonderful combination of young and more senior members of the Guild Theatre, all brim full of energy to capture the playful wit and fantasy of the play.

Step into the forest be swept up in a dreamy world of rousing medieval music, mysterious, atmospheric sets and elaborately costumed performers. The Guild Theatre’s A Midsummer Night’s Dream from 18 May. A must-see!