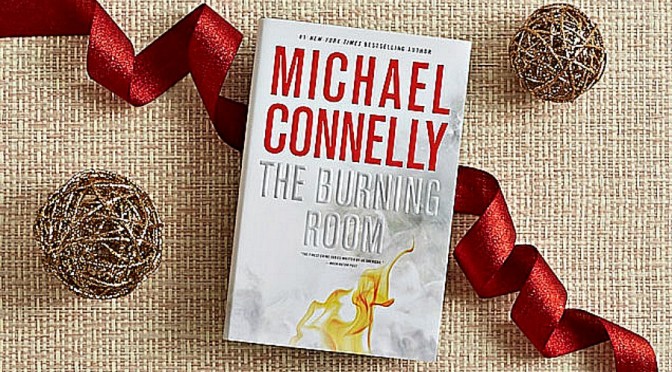 Orlando Merced, a mariachi player, was gunned down a decade ago, but survived, albeit crippled and disfigured. The bullet could not be removed at the time of the shooting as it had lodged irretrievably in his spine.

At the beginning of the novel, Merced has eventually died, and his corpse is splayed on the medical examiners table. The bullet is finally retrieved and the verdict of the autopsy is that the Merced was murdered, taking ten years to terminate, the projectile being the prime cause of his death.

Accompanied by his new Spanish speaking partner, Lucia Soto, Bosch embarks on a fresh investigation of the incident, sifting through the silt of initial reports, fading memories, and vanished witnesses. It becomes as much an investigation into the original process as it is an inquiry of a homicide.

Cutting edge forensics come to the fore, but as usual, good old fashioned legwork, experience and intuition combine to progress Bosch along the precarious path of cracking the case.

As always with Michael Connelly, the case is fascinating, full of the minutiae of police procedure, internal politics, cop speak, and a sensational sense of place as Bosch systematically sleuths his way around the streets, canyons and coastline of Los Angeles and environs.

And the eponymous Hieronymus “Harry” Bosch, comfortable as an old cardigan but becoming increasingly cranky about certain changes in the world of politics, policing and society in general, is a character that has survived and flourished through seventeen adventures, and continues to nourish Connelly’s accomplished adventures.

Bosch’s cantankerousness gives rise to a Dirty Harry moment when he decides to reciprocate an act of intimidation fleetingly conjuring the character of Callaghan making this reader muse on how Clint might have been a fine fit had Bosch made it to the screen back in 92 when the first of the series appeared.

Production of a Bosch TV series is current with Titus Welliver in the title role so 2015 is shaping up to be a bonza Bosch bonanza.

THE BURNING ROOM by Michael Connelly is published by Allen & Unwin.