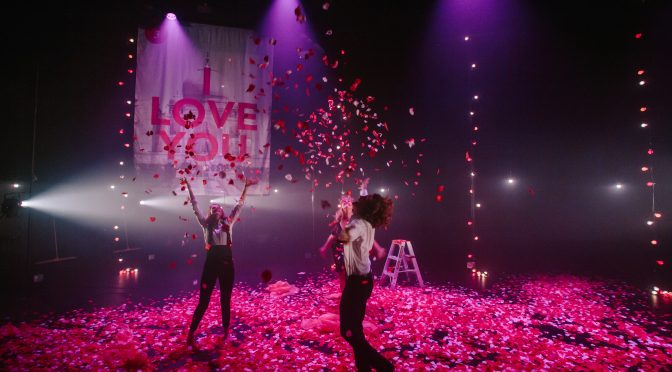 Merrigong Theatre Company has just announced their 2019 season and we had the opportunity to speak with Simon Hinton, Artistic Director / CEO.

SAG:        You must be incredibly busy at this particular moment . Thanks for taking the time out to speak with us.
SIMON:   It’s always busy but yes we had a big night last night with the launch. Doing a bit of media this morning and watching our patrons going to the website!

SAG:         How long does it take to put a program like this together, there’s such depth here.
SIMON:    We are almost a quarter of the way towards the program for 2020 now, so we are working up to two years ahead. But the last bit of that program came together, like two weeks ago.

SAG:           And do you have a particular focus in mind when you are putting in a season ?
SIMON:     Not necessarily thematically. We certainly have certain things that we are trying to achieve in terms of the diversity and a balance between work that is challenging and work that is accessible. And a little bit of genre. I wouldn’t say we have a formula but we have some targets. We want to make sure we have some movement based work , some work with music , ensure that we’ve got stories that explore a range of things and that we have different voices on our stage.

What tends to happen is that a theme or thread emerges as we are programming and I feel like this year, Find Your Place is about speaking broadly about how theatre defines us and who we want to be and helps find our place in the world.  But there also were, emerging from the season, a number of shows that seemed to be about people’s journey of finding where they belong.

SAG:       I can see that. I’m a Queenslander, a North Queenslander in fact, and I was pretty excited to see Dancenorth on the program.
SIMON:       It’s something I am really proud of it in the season. As another company based in regional Australia, Merrigong has been really excited to see the rise of Dancenorth to be absolutely world class. And I have to say that what Kyle Page is doing up there is some of the most exciting… well I hate using the term Contemporary Dance because because it puts it in a box and what he’s doing there is more than that. He’s making extraordinary movement based theatre with some incredible dancers.

We are a co-commissioner of DUST with a number of major festivals through the Major Festival Initiative. And it’s stunning, ground breaking, high caliber work.

SAG:     I notice that the design element is very important in that particular work. Does your season benefit from having multiple, different, places in which to perform?
SIMON:    Yeah it is really important. Across the two venues Illawarra Performing Arts Centre and Wollongong Town Hall we have five different spaces we can program into. Most of the theatre season goes into the two fixed seat theatres in IPAC but then if we need a flat floor area we can bring it into the Town Hall. And there’s a more intimate venue called the Music Lounge.

So that flexibility has become more and more important as contemporary theatre is diversifying artistically in the spaces it needs. It’s very important. To confine everything to a proscenium arch space would be really tricky now to program a diverse interesting season.

SAG:     And the there’s the Spiegeltent Wollongong?
SIMON:    It’s a great thing for the city. For nearly a month the Spiegeltent parks itself near the arts centre and we create a lovely precinct there with outdoor dining. And it’s become a tradition now in its 3rd year.

But they can also include Lano and Woodley’s show FLY in their season choices. They are coming in and doing four nights to allow it to be offered to subscribers because most of the stuff in the Spiegeltent comes as a single show. Early next year we’ll announce the rest of the Spiegeltent program, about 30 different shows across the month.

SAG:     It’s a pretty amazing season all round.  A new work THE GOSPEL ACCORDING TO PAUL about Keating, and a reprise of  BARBARA AND THE CAMP DOGS and a great kids’ program.  I can see I will be beating a path to Woolongong. I’m at the base of the mountains and it’s easier than getting into the city!
SIMON:   That’s happening more and more . Generally people in urban Australia are realising that things are happening in regional Australia . We’re pretty close to Sydney and people come down here for the first time and go I don’t know why I’m traipsing into the city!