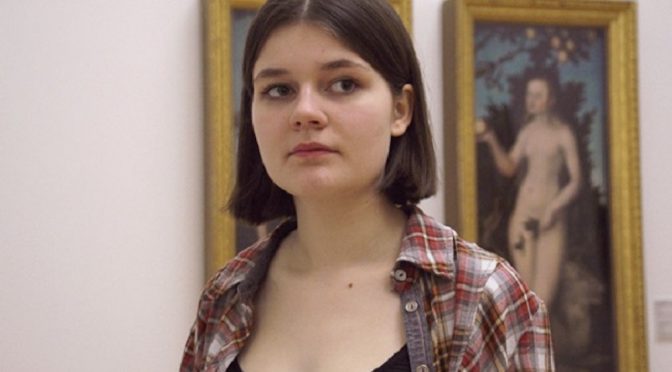 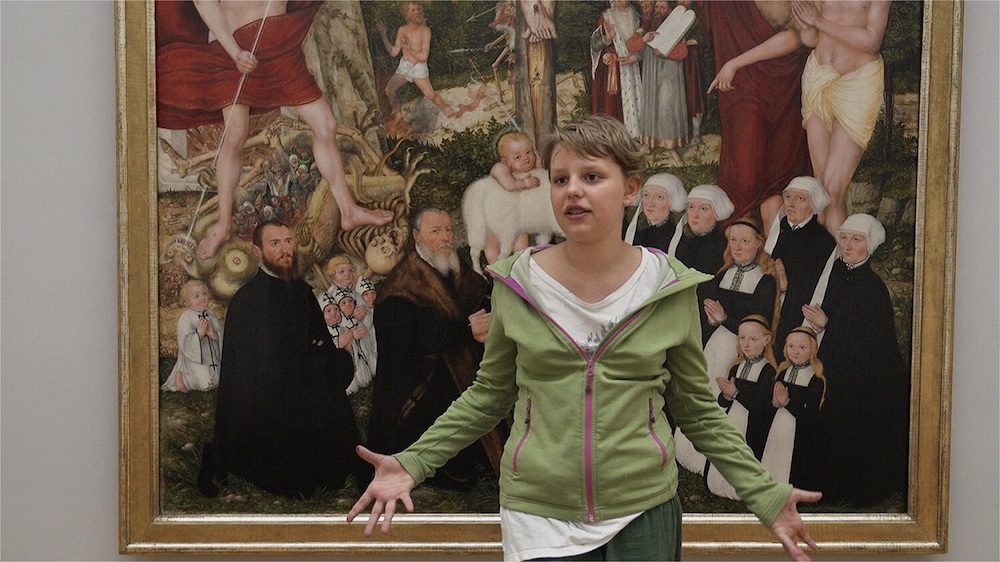 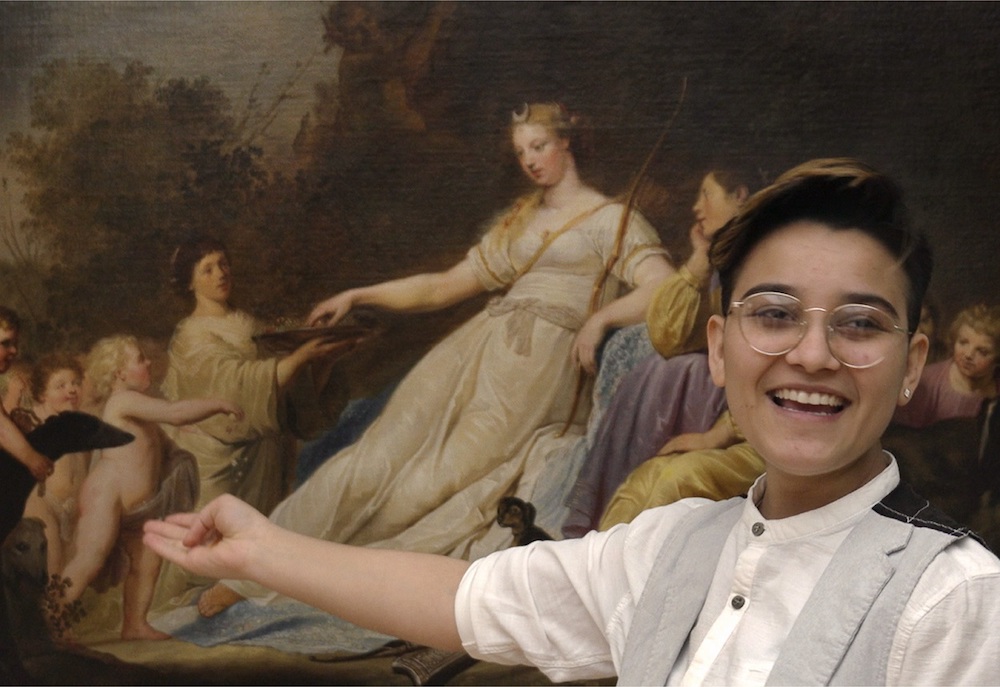 As part of the Melbourne International Film Festival GIRLS-MUSEUM, directed and produced  by Shelly Silver is screening.

It is set in the Leipzig Museum of Fine Arts and screens with English subtitles. Sixteen girls aged between seven and nineteen analyse some of the various works with offbeat, astute , and at times quite original reactions. There are fluid panning shots of the Museum’s permanent exhibition , some fabulous close ups of some painting’s brushstrokes and texture , and/or texture of the material depicted ,and often static shots where the girl stands in front of the particular work and comments on it . The teenage girls shown by US film-maker and artist Shelly Silver often use a gender fluid language that would have been surprising if used even five years ago .We also fleetingly glimpse the security guards and other visitors to the Museum..

Mostly the girls concentrate on how women are depicted in the assorted works , sometimes commenting directly about them before constructing a narrative or deciding how the woman feels ( eg talking about the Eve in the painting of Adam and Eve by German Renaissance painter Lucas Cranach the Elder, ‘ she looks kind of  devious “ and , on Eve’s plucking the Apple- (“She’s going to do it anyway. She knows it’ll turn out badly”).

Also included is a dynamic bust of a black woman by French sculptor Jean-Baptiste Carpeaux ,Why Born Enslaved! 1873 , sparking  intriguing discussion about race , slavery and power .This is a sort of companion piece to Reading by Jules Delou 1872 and where the analysis is about the cultured and refined vs the poor and enslaved

The Battle by Max Beckmann (1907) is found to be a rather overwhelming , writhing mass of male figures ( only one woman in the painting!)

Gerhard Bettermann’s 1926 Woman in the Attic is shown at one point in fabulous, close up detail of the texture of the paint and a ‘fault line’ crack is included. It is bleak and a companion piece to Unemployed in the Attic (1931 so the Great Depression) where the man Is fully dressed with a heavy coat yet the woman , who is expecting, bares her breast.

The works range in time from the 1530’s through to contemporary (eg the self-portraits of contemporary Swedish photographer Arvida Byström , which raise comments that it is inappropriate , and a discussion about social media and the Metoo movement).

One of the questions asked is what is it like to be a young woman now, and what were society’s expectations previously?

The politics and shaping of gender are important too. Some of the girls say that they would like to be a certain person in a particular painting and why and there is a great discussion throughout of the male gaze and how it objectifies. Why are there almost no artworks by women included in the Museum? What is the role of the curator and who /how were the paintings chosen? And we also briefly see a montage of various works now withdrawn from display and hidden in storage.

Also – what was the artist trying to convey? Some are empathetic to particular works, (eg ‘ she feels trapped’ ), picking up on whether the woman in the painting is restricted by the male, or is confident and has power (or not) and has the artist posed her a certain way for a particular reason, and how the male gaze objectifies women .

A very intriguing film that  blends a look at art history and an analysis of society and power.

The Melbourne International Film Festival is streaming online until 22 August 2021.