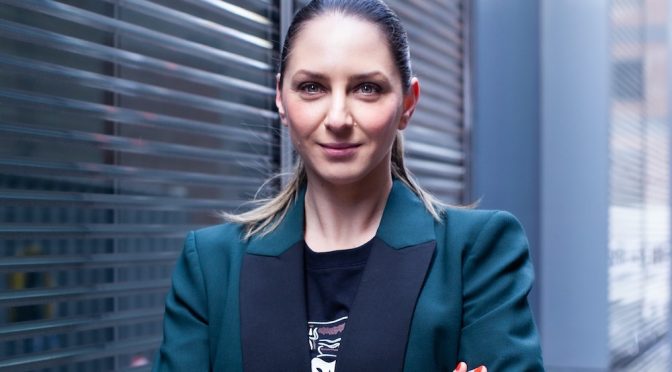 Melbourne Art Fair is owned and produced by the Melbourne Art Foundation, a systemically significant  non-profit Australian arts organisation that leads the way in building audiences and markets for the work of  Australia’s living artists. The Fair is supported by government partners Creative Victoria and the Australia  Council for the Arts under the Visual Arts and Craft Strategy.

Australasia’s progressive forum for contemporary art and ideas, Melbourne Art Fair  has announced its list of esteemed galleries taking part in the summer 2022 art fair, presenting solo shows  and works of scale and significance from new and iconic artists.

From 17 to 20 February 2022, Australasia’s most prestigious art fair will bring together over 50 of the  region’s leading galleries, spanning 7,000sqm at the DCM designed Melbourne Convention and Exhibition  Centre, alongside a program of conversations, special projects, commissions, and performance, supporting  the exhibition and sale of contemporary art.

A dedicated edition of MAF Virtual will run in parallel with the fair, from 17 February – 3 March 2022,  embracing a hybrid model with an expanded online program connecting galleries and audiences across the  globe.

“Set to be the first Australian art fair since the start of the pandemic, and the first major event of the  cultural calendar for 2022, Melbourne Art Fair is excited to once again connect galleries and their artists  with collectors and the art loving public, and to resume its important role as a meeting place for the  artworld,” says Melbourne Art Foundation CEO and Fair director Maree Di Pasquale.

“We are proud of the Fair’s resilience and digital innovation that was accelerated by the global pandemic,  but there is no real substitute for seeing art and people physically. The return of Melbourne Art Fair brings a  renewed sense of celebration and optimism in the artworld. Our gallery list encompasses the well-known  and the emerging, as well as invited Indigenous-owned art centres, representing the most comprehensive  overview of the Australian art market at any art fair,” Maree adds.

Melbourne Art Fair returns with compelling presentations across an Artistic Program defined in 2022 by the theme of Djeembana/Place. Djeembana, a word of the Boon Wurrung, is a place for community; a meeting  point for the exchange of stories, rituals and knowledge.

PROJECT ROOMS is a non-commercial platform for experimentation, welcoming Gertrude Contemporary (Naarm/Melbourne) and LAST Collective (Naarm/Melbourne) with the presentation of artists that push the  boundaries of artistic practice with performance and multi-media works.

Making its debut in 2022, BEYOND harnesses the monumental exhibition spaces within MCEC to present six  large-scale installations and spatial interventions that respond to the theme of djeembana/place. BEYOND is  curated by independent curator and writer, Emily Cormack.

Presented by Glenfiddich, LIVE is an onsite/offsite performance and sound art program captivating the  imagination of the artworld and art loving public. Aligned with Glenfiddich’s maverick DNA, the inaugural  program celebrates trailblazers, featuring Australia’s most boundary-pushing artists with critically  significant performances both at the Fair and across the city.

Dedicated to the presentation of moving-image art from new and iconic international contemporary artists,  VIDEO is curated by Nina Miall, Curator International Art, QAGOMA. The Fair welcomes for the first time participation from international galleries unable to physically exhibit within the main show sector, enabling  dealers from across the globe to maintain a connection with Australasia’s active and growing collector-base  during the ongoing pandemic.

Conversations is a platform for critical discourse and the sharing of ideas, bringing together cultural  communities and thinkers from across the creative spectrum. The aim: to address the future of art and its  relationship to interdisciplinary practices and the contemporary world through a series of talks and panels  featuring artists, gallerists, curators, collectors, architects, critics, and cultural luminaries. Conversations will  be developed by a Curatorium led by Melissa Bianca Amore, art critic, curator, contemporary philosopher,  and Co-Founding Director of Re-Sited based in New York and Melbourne.

The Melbourne Art Foundation 2022 Commission in partnership with ACMI (Naarm/Melbourne), and  supported by Artwork Transport and Panasonic, has been awarded to Kaylene Whiskey, an important  Australian contemporary artist on the rise represented by Roslyn Oxley9 Gallery (Warrang/Sydney).  Whiskey’s strong connection to Indulkana, her hometown, and her Yankunytjatjara heritage will be the  foundation of the new single channel video work, responding to the Fair’s 2022 thematic of  ‘djeembana/place’. The video work will be unveiled at the Fair, before moving to its permanent home in  the ACMI collection.

Full Program with exhibiting artists to be announced January 2022.

The Melbourne Art Fair will run between  17-20  February, 2022.nTickets will go on sale Tuesday 5 October at 9:00am, with First Release ticket prices available until 2  November.

For more information and to purchase tickets, visit :