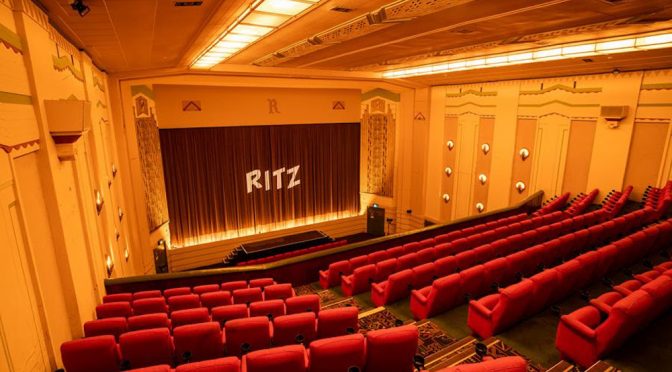 Ritz Cinemas in Sydney is treating cinema-goers to $5 tickets to regular sessions all week from Thursday 20 to Wednesday 26 May.

Movie lovers can start planning their sessions and booking their week-long movie marathons either online or directly from the box office. $5 tickets apply to all regular sessions but aren’t valid for any special events, advance screenings or retrospective titles.

The one exception to this is that the highly anticipated thriller A Quiet Place: Part II will be showing sneak previews over the weekend for only $5 a ticket. Directed by John Krasinski and starring Emily Blunt, Cillian Murphy and Djimon Hounsou, A Quiet Place: Part II follows the events of the first film (2018), in which a family must live in silence while hiding from monsters with ultra-sensitive hearing in a post-apocalyptic world. This gives audiences to catch the film quite early (and cheaply!) before its official release on May 27.
This special offer also gives anyone who hasn’t yet seen this year’s 3-time Oscar winner (Best Picture, Best Director and Best Actress) Nomadland starring Frances McDormand, the chance to see it on the big screen for a mere $5. Other Academy Award-winners to catch include The Father starring Best Actor Oscar-winner Anthony Hopkins, black comedy Promising Young Woman starring Carey Mulligan, and Korean-American migrant drama Minari starring Steven Yeun. There’s also Angelina Jolie’s new action thriller Those Who Wish Me Dead; horror mystery starring Chris Rock and Samuel L. Jackson, Spiral: From the Book of Saw; Australian family dramedy June Again; Death of a Ladies’ Man featuring the songs of Leonard Cohen and starring Gabriel Byrne; French undercover-cop comedy The Godmother starring Isabelle Huppert; romantic dramas Two of Us and Supernova; historical spy drama The Courier starring Benedict Cumberbatch; and many more great films to choose from.

For those who haven’t yet been back to the cinema much or at all since the pandemic closures, this is a great opportunity to return to a favourite local independent cinema and catch up on a stack of movies for a fraction of the price of a normal ticket.