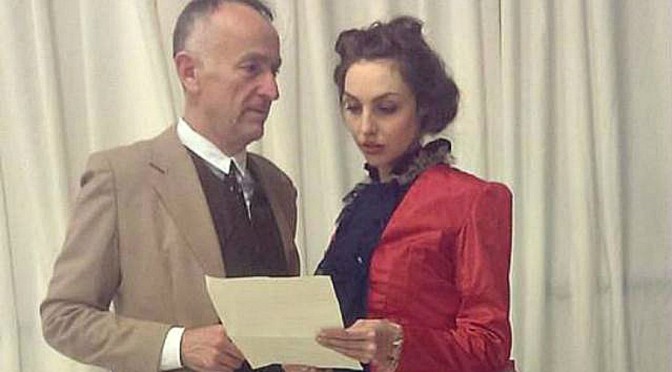 THE MATILDA WALTZ, written by Deborah Mulhall, spans 100 years of Australian history through the eyes of five generations of Australian women, each the daughter of the woman before.

The play begins in Sydney in 1894 where we meet siblings Vera and Ida Templeton, their lawyer Mr Andrew (Banjo) Paterson and the charming Horrie. From here we follow the Templeton family tree through the First and Second World Wars and onto Vietnam. Sydney, Queensland & outback NSW also feature with clever locations changes made with the turn of a street sign or the addition of a piece of rope or bed linen.

This is an ensemble piece with the nine actors playing a variety of parts. Direction by Sam Thomas ensures we understand where we are in each individual story and then provides smooth transitions from one story to the next.

All the actors are very strong and differentiate their parts clearly but particularly noteworthy were Carla Nirella in her role as Ida the true stalwart “woman of the West” and then as Alice Banjo’s grieving wife, and also Adrian Adam as the calm Russel Drysdale and as the officious overbearing American diplomat.

James Bean as Banjo casts a knowing eye over the entire play and the other actors – Morgan Powell, Michael Sutherland, Sonja Donahoe, Adam Gray, Katrina Rautenberg and Roberto Zenca all bring their characters to life and take the audience through the developing Australian identity and changing historical landscape.

Banjo Paterson and Russell Drysdale provide commentary throughout the play and Banjo’s poetry with its bush verses city themes weaves a path through the stories. The beautifully red coloured backdrop of the Australian outback is highlighted by the very clever ending integrating perfectly Drysdale’s part in the play. The music matches and compliments the changing times in Australia’s history and the lighting is used effectively to move the action from one part of the stage to another.

THE MATILDA WALTZ was written as a full length play. Due to time constraints with Sydney Fringe scheduling, it has been adapted to a 70-75 minute production. My attention was held from the moment play started and I am very much looking forward to seeing the entire production, as in several scenes I wanted to know much more about the characters and their situations. I am sure that Banjo would have been proud of the use of his words in this, the 150th anniversary of his birth.

I definitely recommend you keep a look out for the full length production of this play, on the stage in Sydney during April 2015.

A Sydney Fringe Festival event, Deb Mulhall’s THE MATILDA WALTZ played at the New Theatre Newtown between the 19th and 27th September.