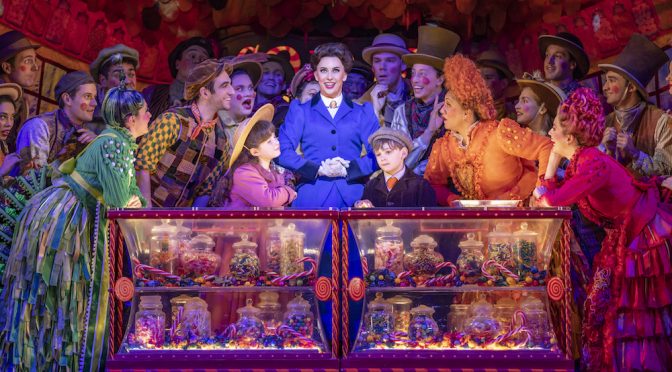 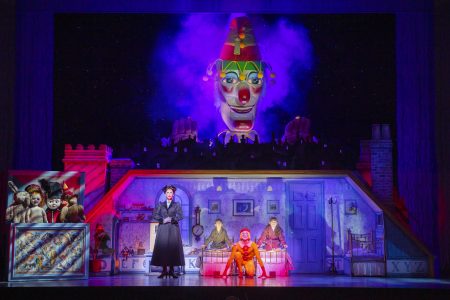 Following a triumphant run of preview performances, the Australian company of MARY POPPINS is perfectly poised to fly at tonight’s opening night.

Playing to packed houses since May 15, everyone from couples on date nights to intergenerational families have come to see his new production from Cameron Mackintosh and Disney.

Stefanie Jones, who leads the all-Australian cast as Mary Poppins, has been overwhelmed by the response of the audiences so far.

“Performing to such generous audiences is always an honour, and we are all loving their reactions to this special show. The emotional heart of the story really connects to the adults in the audience, and hearing children giggling in the comedic moments lifts us all on stage. And I hope that everyone is as enchanted by the stage magic as I am every night!”

Several members of the original creative team for MARY POPPINS  have made the trip from the UK to celebrate the opening night in Sydney.

Co-creator and producer Cameron Mackintosh, who wrote the original treatment for MARY POPPINS in the shadow of the Opera House 22 years ago, is thrilled to be back in the Harbour City with his new production.

“Australia is one of my favourite places in the world to work, so it is just wonderful to be back in Sydney. I was incredibly proud of the last production of Mary Poppins here over a decade ago, and I can pay no greater compliment to this cast that I didn’t think of the first production once. They are simply soaring. This cast have made it totally new and the reaction from preview audiences is even better than last time. So I can only echo PL Travers’ words and say they are ‘practically perfect in every way’.”

Also in Sydney for the opening night is George Stiles, writer of the musical’s new music including Practically Perfect. Stiles has been delighted by the Australian company, who are in fine form.

“Hearing Stefanie breathe new life into our songs is a truly beautiful experience – I love watching and hearing her perform with such grace. She truly is practically perfect!”

Seen by tens of millions of people worldwide, the original Tony and Olivier award-winning production was hugely successful in Australia, breaking box office records and winning a record-breaking eight Helpmann Awards. Now, a whole new generation of theatregoers have the chance to experience this magical stage adaptation of the wonderful stories by Australian author PL Travers.

The original music and lyrics by Richard M. Sherman and Robert B. Sherman include the classic songs Jolly Holiday, Step in Time, Feed the Birds and Supercalifragilisticexpialidocious. New songs and additional music are by the Olivier award-winning British team of George Stiles and Anthony Drewe. Book is by Academy Award®-winning screenwriter and Downton Abbey creator Julian Fellowes, and this production is co-created by Cameron Mackintosh. The producer for Disney Theatrical Productions is Thomas Schumacher.

This production of MARY POPPINS has orchestrations by William David Brohn with dance and vocal arrangements by George Stiles. It has a new sound design by Paul Gatehouse and new lighting by Hugh Vanstone and Natasha Katz. Co-choreography is by Stephen Mear. The reimagined set and costume designs are by Bob Crowley. Co-direction and choreography is by Matthew Bourne and direction by Richard Eyre.

The Australian premiere of MARY POPPINS is supported by the NSW Government through its tourism and major events agency Destination NSW.

Tickets are currently available for performances to 31 July 2022.
For more ticketing information including a schedule of performances, please visit
marypoppinsmusical.com.au.