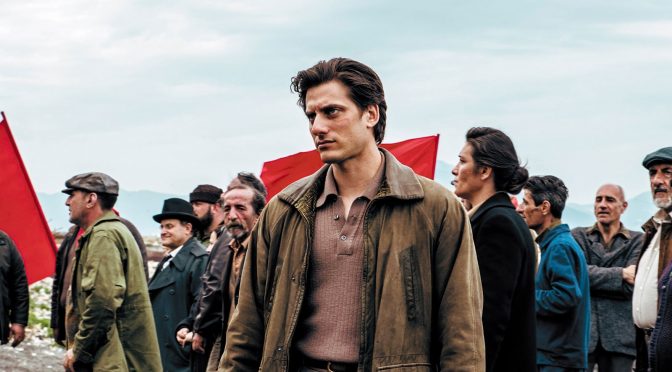 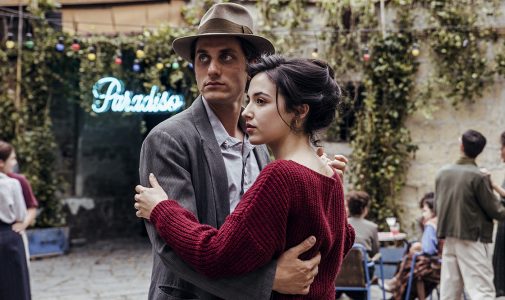 MARTIN EDEN is a slice of cinema paradise.

Based on a novel by Jack London, MARTIN EDEN is a throw back to the classic, epic films of Visconti and Bertolluci.

Pietro Marcello is a director to watch.

Unskilled laborer Martin Eden meets Elena, the daughter of a wealthy industrial family. It’s love at first sight. The well-educated, refined young woman soon becomes an obsession for Martin who hopes that his dreams of becoming a writer will help him rise above his humble origins to be able to marry Elena.

With determination and at the cost of great hardship, Martin sets out to get the education that his class has never allowed him to receive. Finding support in an older friend, left-wing intellectual Russ Brissenden, Martin soon gets involved in socialist circles, leading not only to political turmoil and destructive anxiety, but also to a conflict with Elena and her bourgeois world.

Pietro Marcello has a similar aesthetic to Visconti – simultaneously a lover of beautiful images and a Socialist with strong views on the way capitalist society alienates human beings from one another. There is cumulative contempt both at the corporatism of the bourgeoisie and at the trade unionism of workers.

Broad rather than deep, MARTIN EDEN is not afraid to mix, meld, and mismatch styles, incorporating archival material into the classically styled cinematography of Alessandro Abate and Francesco Di Giacomo.

Luca Marinelli as Martin is superb, a tincture of De Niro, a dash of Belmondo, brash, arrogant, scarcely more than normally belligerent.

Jessica Cressy is incandescent as Elena and there is a volatile performance from Melbourne born Marco Leonardi as Martin’s fiery brother in law.

MARTIN EDEN has a technical finesse and emotional authority sadly lacking in many contemporary films. See it for its audacity and style.