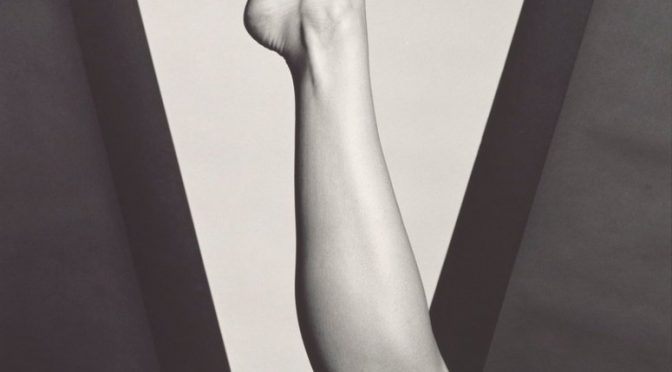 Robert Mapplethorpe (1946 – 1989) was one  of the most renowned photographers of the 20th century.  The Art Gallery of NSW is currently exhibiting  Robert Mapplethorpe: the perfect medium .  This exhibition is an extensive look at the evolution and themes of Mapplethorpe’s work.

Unfortunately much of the public perception of the artist’s legacy is related to his  photographing of the gay S & M scene and the controversy about public funding of controversial works.  This exhibition however, while not diminishing the power of those images, gives the viewer a more in depth look at other aspects of his output.

One of the most striking images is as one walks in.  The iconic album cover for HORSES.  Patti Smith, pictured in a white shirt leaning on a wall and looking down at the camera, was a livelong friend and muse. There are famous people all through the exhibition, from Marisa Berenson to Isabella Rossellini and the faces of people now forgotten.  Like a film strip styled invention showing portraits of NY Gallery owners in what is described as possibly a clever self promoting move.

Mapplethorpe’s images of flowers and the eroticism of his framing and detail are well represented but it is the nudes included in the exhibition which really put photographic craft on display.   And the beauty of his work with the human form is stunning.  The criticism and accusations of fetishism that his photographs of black men has attracted is addressed in notes about the images.  Likewise, Mapplethorpe’s more confronting photographs are in a side section which can be bypassed.

One of the most exciting aspects of Robert Mapplethorpe: the perfect medium for me, was the detailed and extensive collection of Lisa Lyon images.  Including a film of Lyon in various guises which shot by Mapplethorpe in collaboration with her.  Lyon was the winner of the first World Women’s Bodybuilding Championship but she thought of herself as a body sculptor according to the exhibition notes.  It was a meeting of artist and subject drawn to create timeless and classic images.

The exhibition is organised by the Los Angeles County Museum of Art and J Paul Getty Museum, in collaboration with the Robert Mapplethorpe Foundation and the Art Gallery of NSW. Support for the exhibition and its international tour has been provided by the Terra Foundation for American Art.

Robert Mapplethorpe: the perfect medium continues at the Art Gallery of NSW until 4th March, 2018.  For more information visit: