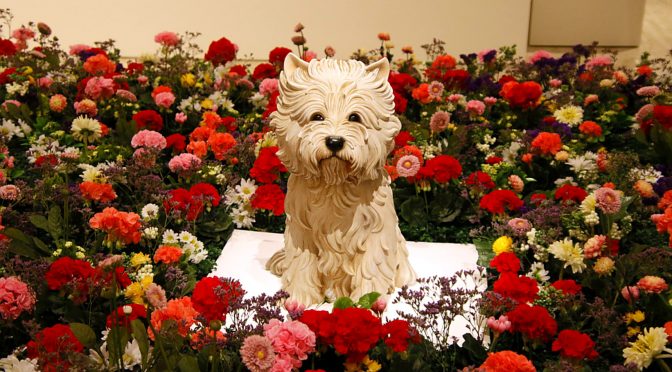 John Kaldor was positively jubilant at the way in which his jubilee of art philanthropy is being celebrated at the Art Gallery Of New South  Wales. Kaldor was especially delighted by the fact that when you face the exhibition, paradoxically you can see no art at all. You have to enter a maze to find his art projects and piece by piece compile for yourself Kaldor’s  extraordinary vision.

UK artist Michael Landy was faced with a conundrum as most of Kahldor’s projects involve performance or impermanent art and no longer exist. Whilst researching the project in archive boxes he hit upon the idea to represent the past thirty four projects in giant archive boxes.

Adding to this thirty fifth project artists Ian Milliss and Imants Tillers  who both worked on the first project “Wrapped Coast- 1,000,00 square feet, Little Bay, Sydney, Australia 1969” by Christo and Jeanne-Claude have contributed to new works. Milliss’  work Natural Parallel’s 2  consisting of rope which extended to the entire height of the art gallery recalls the ropes used to tie down the coastal wrapping paper. In addition Kaldor Public Art Projects has commissioned Alicia Frankovich and Agatha Gothe-Snape to produce new works.

Frankovich’s commission The Work is a large scale choreography which explores the language or public art and is performed by those who work behind the scenes of The Project, including photographers, security guards and gardeners. The performance will be  staged at the Gallery’s entrance court  on two dates in September to be announced.

Gothe-Snape’s commission Lion’s Honey takes the form of a single reader occupying Marking Art Public for the duration of the exhibition. The occupiers will be rotated with readers aged between nineteen to eighty.

Tillers recalls his volunteer experience by a new painting entitled ‘A New World Rises’ which will hang in the entrance forecourt for the duration of the exhibition.

In addition, throughout the exhibition there is a broad spectrum of public programs complementing the jubilee show.

Bill Viola’s video works Fire Woman and Tristan’s Ascension will be screened for one day only to mark the exhibition.

As part of the free film program on opening weekend there will be a screening of the documentary Marina Abramovic- The Artist is Present directed by Matthew Akers and Jeff Dupre.

Art After Hours will dedicate three nights in September with a series of talks entitled Unwrapping-Fifty Years of Kaldor Public Art. The series will feature artist Michael Landy in conversation with the exhibition curator Nicholas Chambers, a panel discussion with Australian artist Mike Parr, Imants Tillers and Ken Unsworth and concludes with A  Living Archive hosted by Chris Taylor from The Chaser.

Monthly Living Archives study sessions will explore the people and stories behind, and examine the lasting legacy of temporary art projects. In December an international curators panel will reflect on the legacy of Kaldor’s Art Projects as the world’s first Public Art organisation and the ongoing role of public art.

Further public art programs and art events will be announced during the exhibition.

As with the thirty four previous Kaldor Projects this thirty fifth project is also free.