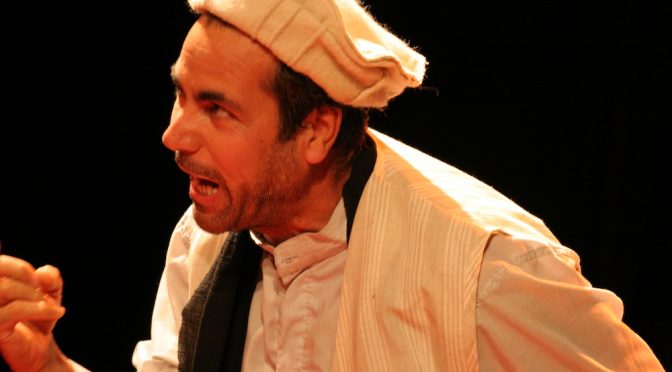 Presented over two nights this rehearsed reading will be raising funds to support two charities providing life-saving community support and programs in Afghanistan – the NY/Kabul-based Women for Afghan Women and Australian-based Mahboba’s Promise.

The two 100-minute livestreams will be broadcast live on Friday 1st and Saturday 2nd October at 7pm Sydney time, via our Facebook page and YouTube channel. Viewers will be asked to donate to each charity directly in lieu of buying ‘tickets’ to the event, which will not be recorded or stay on either platform after the performance.

Kushner’s Homebody/Kabul is the story of a lonely London housewife and the far-reaching effects of her fascination with Afghanistan, set off by an outdated guidebook. Set in 1998, and written before “September 11” and “Taliban” became part of our vocabulary, the story begins with a thrilling monologue from the Homebody, played by Caroline Brazier (Rake, Packed to the
Rafters). After the Homebody disappears into Afghanistan, her husband and daughter desperately search for her, becoming ever more ensnared in a culture ripped apart by centuries of turmoil.
Chris Bendall, who directed the Theatre@Risk production in Melbourne returns to direct this new presentation, reuniting with original cast members Majid Shokor (Stateless ABC), Tyler Coppin (Lone Wolf, Born Yesterday MTC) and Wahibe Moussa, who will reprise the role of ‘Mahala’. Moussa won the Green Room Award for Best Female Actor for her performance in the 2007 production.