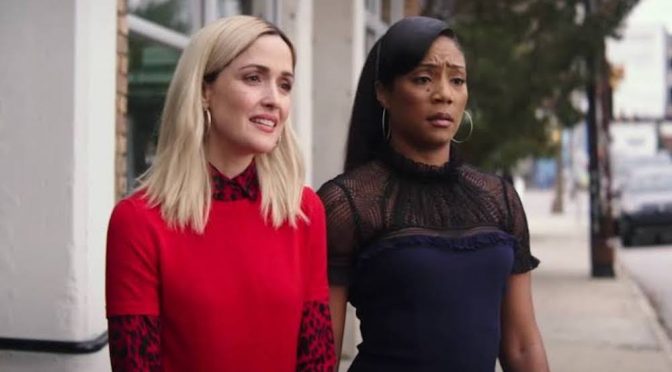 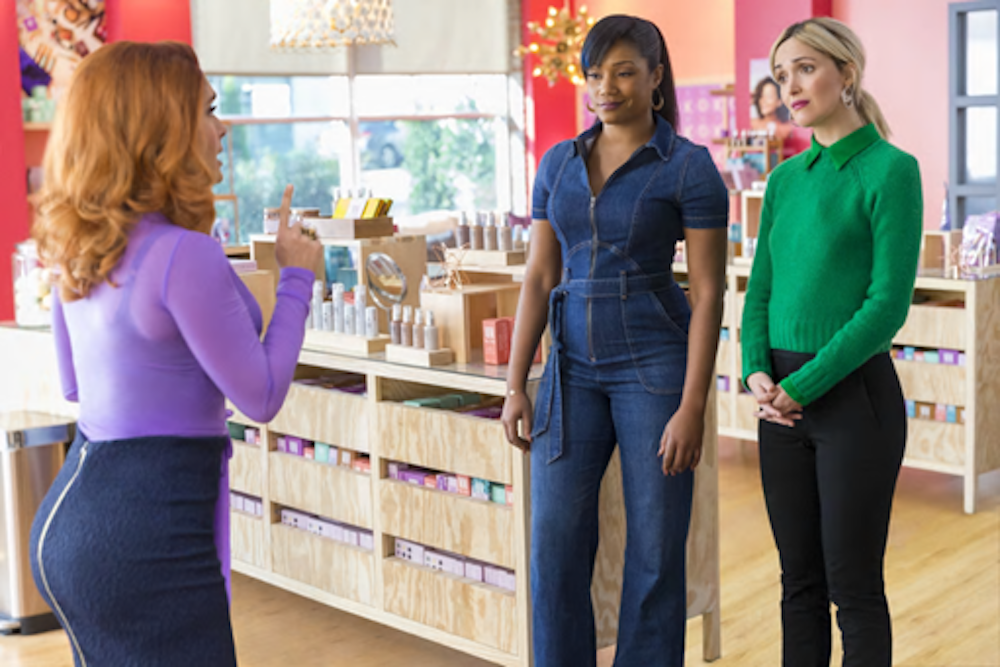 Let’s be honest, chick flicks are often hit and miss. Films like Bridesmaids, Pitch Perfect, Mean Girls  perform well. Then there are others that no one asked for, like the female remakes like Ghostbusters and The Hustle and Hot Pursuit, don’t worry, most of us haven’t heard of the last either.

LIKE A BOSS falls in between the two categories.OK, maybe I am being a bit harsh here. It did have a good story set up to it. In the ever changing and competing world of the cosmetics industry, Rose Byrne as the straightforward Mel Paige and Tiffany Haddish as the comic relief Mia Carter, are best friends and co-owners of MM, a beauty shop.

Together they run the run shop well, selling liners and other beauty products. Things turn ugly when sales are down and there is the risk of the business going into receivership. Enter Salma Hayek as business savvy, formidable cosmetics owner, Claire Luna. ‘

MM has developed the One Night Stand make up kit (you read correctly) and quickly became a bestseller and Claire wants a piece of the action. She wants to buy ownership of the product with a large sum to help put their company out of debt.

Not surprisingly, this causes friction between Mel and Mia, business partners and besties since high school. Mel, wanting to end their debt worries and Mia wanting to remain as an independent boutique owner. Thus follows a series of cheap laughs and all over used gags that string this thinly veiled story along.

Billy Porter and Jennifer Coolidge provide the support cast but it did little to improve the humour of the film. However, there was great natural chemistry between Byrne and Haddish and they made a good comedy duo despite a few bumps along the way.

LIKE A BOSS is not by any stretch of the imagination, a must see, but is ok for a light night out.