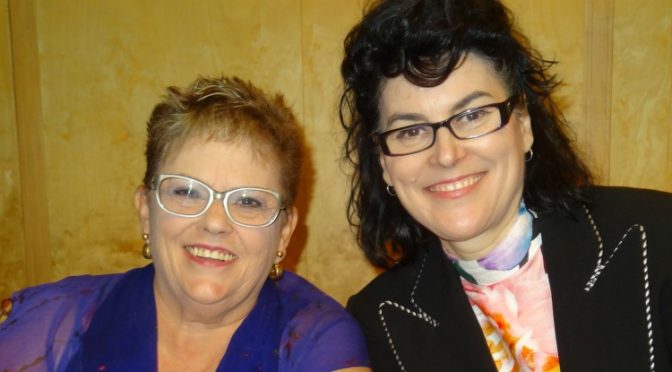 Commencing on 22 nd June at Illawarra Performing Arts Centre in Wollongong, the tour will head to 21 venues across New South Wales, Victoria, Queensland and Northern Territory.

Sydney Arts Guide had the opportunity for an extended interview about LETTERS TO LINDY with the playwright, Alana Valentine.

SAG: I must apologize for not having seen the show yet, I was away when it was on last.  I’m off to The Joan in Penrith in a few weeks to see it.  It’s been very well received.  To begin, can you give our readers an idea of how the play generated in your mind?

ALANA:  Well, I received a newsletter from the National Library of Australia and it said that they were processing a fifth instalment of letters from Lindy Chamberlain-Creighton and I was intrigued so I did a bit of research in their catalog.  And it turned out that the public, since 1980 when Azaria was taken, had sent Lindy about 20,000 letters.  As a playwright you are always looking for a way into what people think is familiar and I thought what an interesting angle.

So I applied for a Harold White Fellowship and I went down for 3 months to Canberra and looked through, what was then, 199 boxes of letters from the general public.  I can’t say I got through the 199 but I did get through a substantial amount of them.

SAG:  As you were reading what were the themes that were coming to mind that you thought you might be able to use in a play?

ALANA:  What was astonishing was the large variety of letters, and I started in my mind grouping them into categories.  So there were people who wrote to her with apologies. Now that was a very large number of them.  Lindy still receives about 1000 emails a year and she says about two thirds are apologies.  But in the collection there are thousands saying ‘Dear Lindy, I thought you were guilty and I want to apologize.’

Then there were letters from people wanting to tell her their personal story and I found those incredibly compelling.

SAG:  Sorry to interrupt … were those stories of where people felt they had been misrepresented?

ALANA:   Yes, there were those.  There were stories from prisioners who felt that they had been unjustly jailed.  Also just stories of parents relating their near misses with their children.  People were trying to find a way into Lindy’s pain … ‘I understand what you are going through, because this is what I’m going through.’ … ‘I understand because I’m a mother and this is my own story.’  But there were New Zealanders saying come back to NZ because they always treat us badly.  There were journalists saying I don’t agree with how the media are treating you and giving support.

And people who had a lot of experience with dingoes and Lindy Chamberlain-Creighton actually pointed me to those letters herself and said look at the disparity between  what was being said in the media at the time, look a dingo couldn’t do this, and these endless letters from people living the Outback, especially the Northern Territory, saying here’s my experience of how dingoes behave.

There were a lot of Aboriginal people writing to her saying we understand what it’s like to be treated badly by this country and we are in solidarity with you and we know a dingo would have taken the child.  It was kind of astonishing the diversity of the people who were writing. 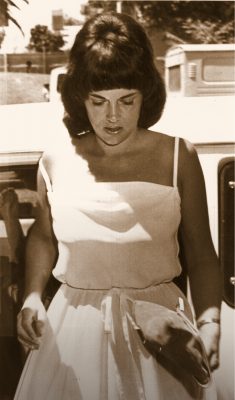 SAG:   How did you see these as play? And how was Lindy Chamberlain-Creighton with you when you approached with this idea?

ALANA:   What she told me was that she often had phone calls from people asking to look at the letters, quite a few publishers.  What made me think there was a play in it was the way the collection was filed… what makes it dramatic is the way in which Lindy has filed these letters.  Every letter has its own manilla folder and on the right hand side of each is a note that summarises what’s in the letter.  So, you know, ‘first inquest’ and there’s ugly and nasty letters that she calls ‘unusual ones.’   She is very stoic about those … which made up about 3-5% of the collection.

It was this relationship she has with these letters, this kind of … careful curation of the material as if they were works of scholarship. Because you know in the National Library there’s these works from men and women of letters who have distinguished themselves in the public domain.  Lindy’s is one of the few collections of ‘ordinary Australians’ and she has treated it with this  incredible care.  And, for me, that was what really intrigued me … is this part of her grieving process… why has she done this?

SAG:  So how did this all translate in to a piece of drama on the stage?

ALANA:  It is set on the night that Lindy is making the first instalment to the National Library so she is letting go of these letters to a national institution, so she’s in a, not a crisis, but a state about handing them over.  There’s this central monologue from Lindy … it’s from the many interviews I have done with Lindy herself.  They are all her own words in the play but around her are three other actors and they are like a chorus… they read out the letters and she tells us her story through them and she reacts to them.

SAG:  I am very much looking forward to it.  It began in Wollongong, commissioned by the wonderful Merrigong Theatre Company, had a Sydney season and is now on tour?

ALANA:  Don’t you love Merrigong? Simon Hinton is one of the visionaries on the Australian theatre scene.  It’s a huge tour.

SAG:  Are you attending any of the shows?

ALANA:  Yes I’m going to a lot of them … just to talk about the play and answer questions just like I’m doing with you really.  What sort of happens, at the end of the play, we see a moment that says Lindy has let go of her grief in her own way and that the audience as a group, should let go of the shame and the pain of what we’ve done to Lindy.  And there is often a standing ovation and I know that is as much for Lindy as it is for the play.   It’s a collective letting go if you like.

SAG:  I can see that people would have all sorts of questions and responses given that there a collective consciousness that Australians own the story.  However seeing it presented as a real life woman who has lost her child in the most horrific circumstances must humanize that figure.

ALANA:  Yes definitely.  And that’s what you remember at the end.  Not only was this woman not given time to grieve but was incarcerated and had her new-born taken away from her for 3 and half years because she was in jail wrongly.  And there are scenes in the play where Reagan and Aiden are going into the jail they are really heartbreaking I might say.  Some of the letters I found were from the children and they very graciously allowed me to put them in the play.  And a lot of people coming out of the production say, I never considered the effect on the children.

SAG:  There’s an promo reel on The Joan website where audience share their responses and it’s really worth having a look.  And for you, what’s next?  Working on something new?

ALANA:  Yes, I have a play on at the Seymour Centre later in the year.  It’s called EAR TO THE EDGE OF TIME and it’s a play about the relationship between women and science, art and science really.  Which is kind of topical!  It’s directed by Nadia Tass, Sport for Jove are producing.

SAG:  Another company we love!  Best of luck for the tour of LETTERS TO LINDY and with the new show.

You can get more information, including tour dates, about LETTERS TO LINDY at the Merrigong Theatre website.