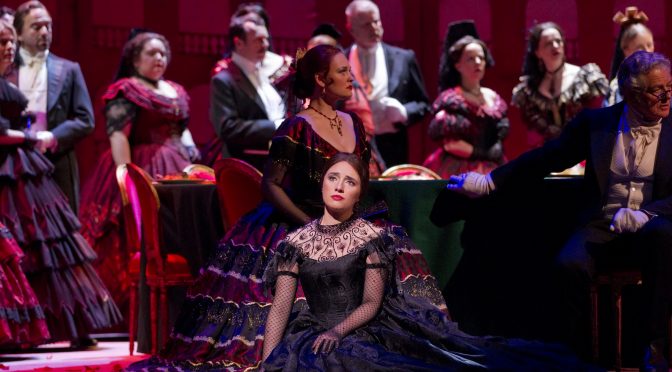 Set in three acts, Verdi’s LA TRAVIATA follows the whirlwind romance between Violetta and Alfredo, ending in a heartbreaking betrayal and a reconciliation that comes too late. One of the most popular operas ever, it features exceptional examples of Italian opera’s tunefulness and immediate lyrical appeal, including the famous Brindisi and the virtuoso aria ‘Sempre libera’.