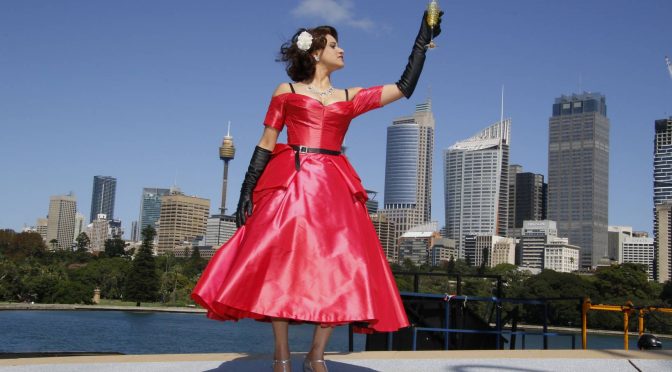 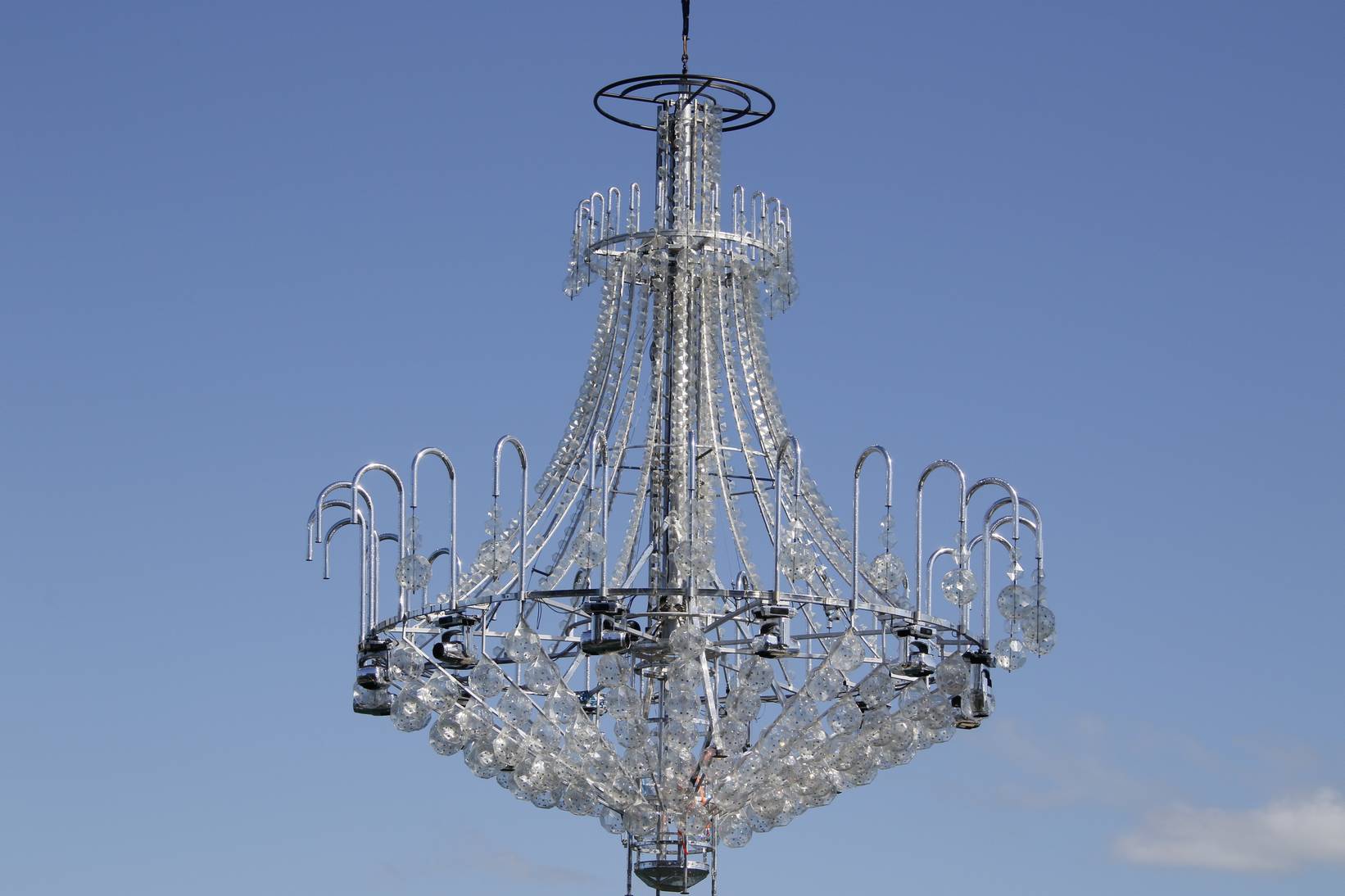 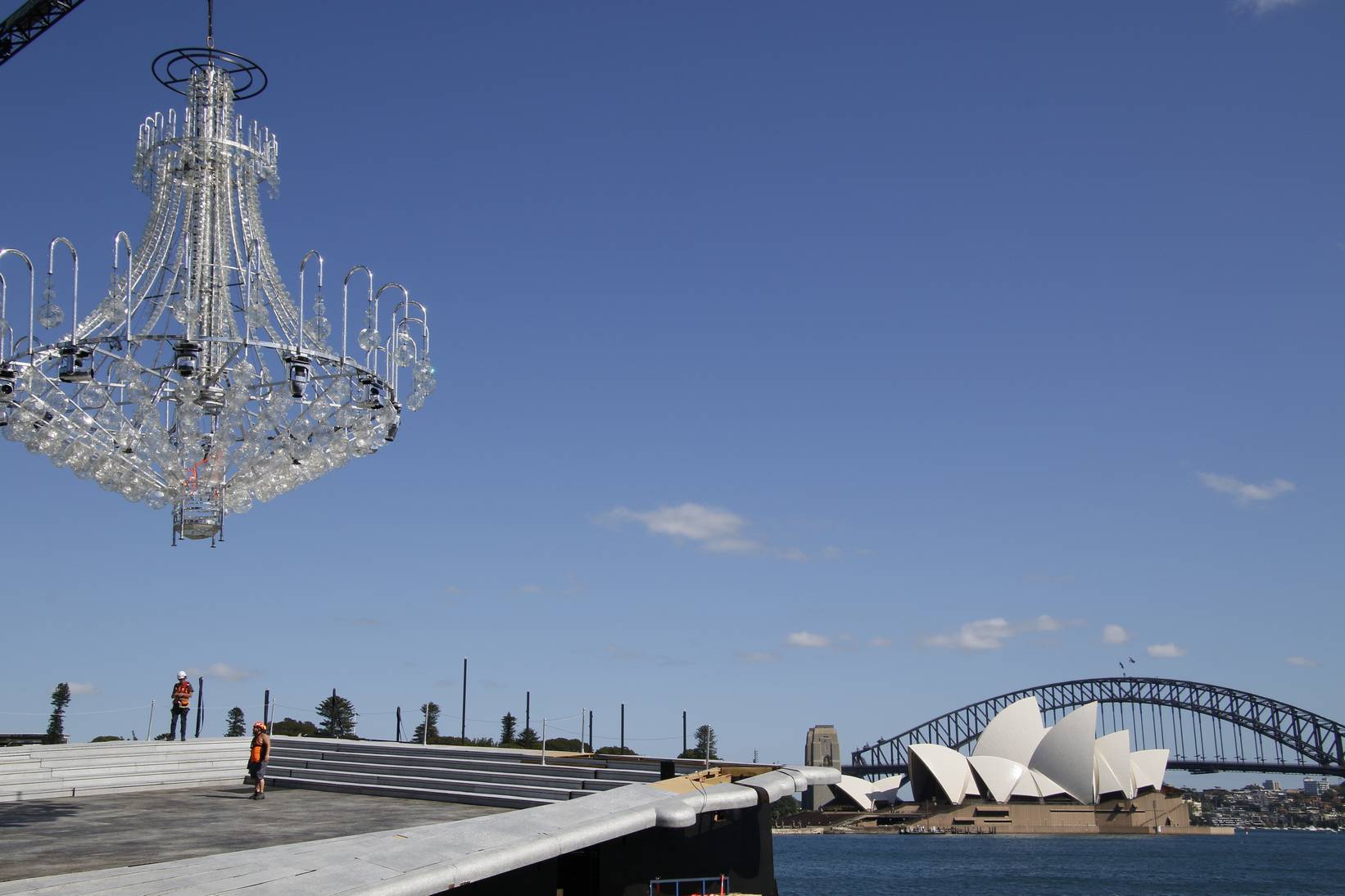 There was a break in the rain revealing a glorious, sunny Sydney skyline and stage infrastructure for this season’s performances of LA TRAVIATA at Mrs Macquarie’s Chair.

This production was delayed for over a year due to the Covid19 lockdown. In fact, there were publicity photos of the giant chandelier being transported from Circular Quay to the First Fleet steps at Mrs Macquarie’s Chair.

In this unusual media call we were invited on to the stage in high-vis vests and properly covered shoes to inspect the hanging giant chandelier.

Prior to this we were treated to a high spirited stage number by an all female cast choreographed by Shannon Burns which was taken from this production.

Although lighting and rigging construction seemed to have a long way to go when the media visited the set last Monday, the main components were already in place, i.e. the giant chandelier and the magnificent backdrop of Sydney Harbour.

The chandelier is the world’s largest outdoor structure of its kind and comprises some ten thousand crystals.

Director Constantine Costi indicated that because of the year’s delay, the previous production has been tweaked to be bolder and more impactful.

Artistic Director Lyndon Terracini seemed to be champing at the bit to make up for a year’s delay for this Handa Opera By Sydney Harbour and Minister Ayres was confident that many people will attend from areas outside Sydney.

One hopes that the La Nina gods are kinder to this season than is the case in  New South Wales at present. However, Terracini has stated that this show will go on, rain, hail and shine.

I have attended other Handa Opera productions in heavy rain without it diminishing the enjoyment I had.