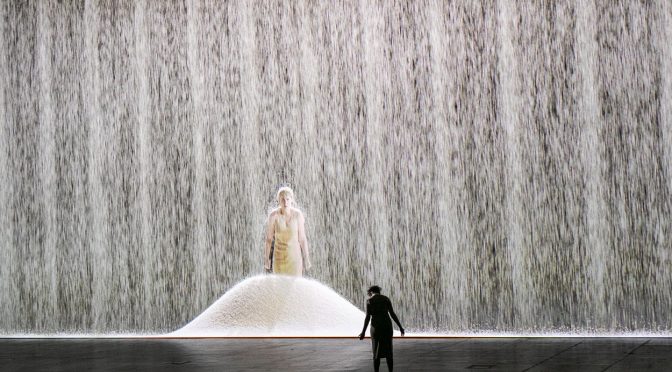 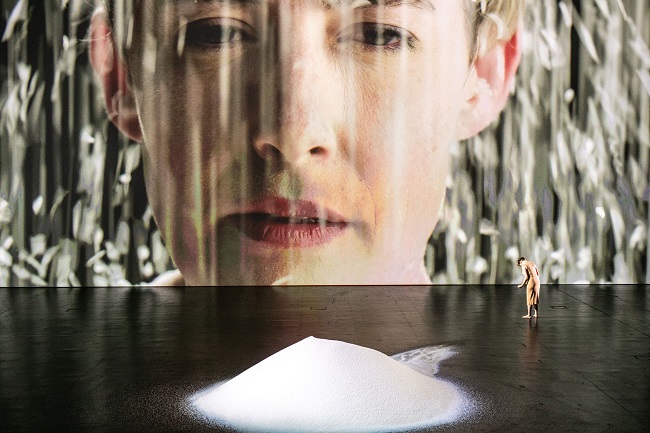 The 2019 Sydney Festival has started with a bang and one of the major events is the Australian premiere of La Passion de Simone . Written by Finnish composer Kaija Saariaho, with a libretto in French by Amin Maaloufit it is presented at Carriageworks by Sydney Chamber Opera in association with The Song Company.

Musically and visually superb, it is a powerful and hypnotic production.Directed by Imara Savage it looks at the life of Simone Weil , who was an intellectual, Marxist and pacifist, philosopher, political activist and mystic whose despair at the course of world events led her to starve herself and pass away in 1943 aged just 34. Weil died of tuberculosis after weakening herself by fasting in sympathy with the starving people of France, having spent the preceding decade travelling through Nazi Germany and revolutionary Spain in an attempt to understand the causes and nature of oppressive régimes.

After involvement in the Spanish Civil War, Weil, a secular Jew, converted to Christianity, fleeing France with her family during World War II and working with the French Resistance from London.

The show is based in the Passion Play tradition with episodes of Weil’s life linked to the Stations of the Cross. One scene includes how she worked for a while in a factory among the oppressed workers then rejected the robotic, virtually forced labour.

Weil did not believe in the immortality of the soul, but considered that the entity of one’s life was in fact preparation for the moment of death – the point of absolute solitude and silence where one discovers The Truth.

The opera presents her idea as mystic love battling barbarism – “nothing that exists is worthy of absolute love, so we must love that which does not exist”. Everything is governed either by gravity, pulling the spirit down to greed and servitude, or illuminated by light and grace that fills the void.

The set design by Elizabeth Gadsby is amazing – a white screen at the back for the projections by video artist Mike Daly and produced by Sarah Nichols and the stage is dominated by a huge silver industrial storage chamber  that perhaps looks like a spaceship or a huge icing cone container. There is a huge mound of rice on the floor. Two monitors at the front of the stage are used to provide surtitles.

The work is sort of a monologue between Weil and her inner self, commenting on her life – soprano Jane Sheldon gives a luminous virtuoso performance, quivering, twitching and shaking with Weil’s depression and suffering . Live on stage she is a small figure who always has her back turned to the audience, on screen she becomes partially buried by the rice and then the film switches to intense close up of the rice falling on her face and then the rice becomes pulsating, flowing patterned static .

Conductor Jack Symonds energetically leads the orchestra in Saariaho’s richly textured score for solo soprano , vocal quartet and ensemble of 19 players which cascades, crashes, pounds ominously, tumbles , pulsates and whirls delicately and sometimes perhaps is similar to the works of Messiaen in style. Seated amongst the orchestra stage right, the Song Company provides the complex chorus .

This was a haunting , compelling production.