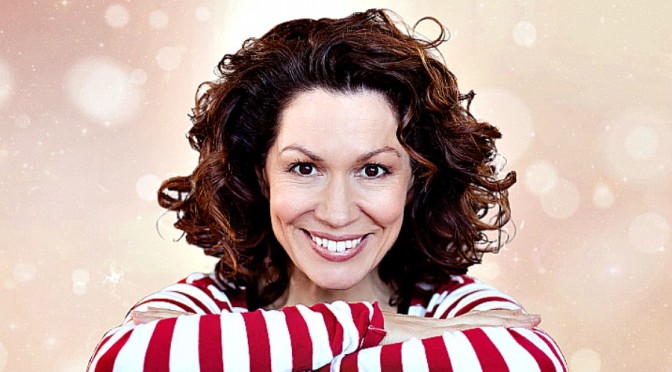 The show opens with Penny Flanagan singing the Paul Kelly song, Sydney from a 747. Kitty joins her on stage and explains that Paul Kelly is obviously from Melbourne, and adds her own verse that doesn’t look at Sydney through such rosy glasses. She asks questions such as, “Who put Barangaroo there?!”

Seriously is a show largely about relationships. More specifically it is about Kitty’s many failed relationships. She explains that her Wikipedia page said that Kitty is a performer who mines her childlessness for comedic purposes. She explains that she did not maintain her childlessness to provide her with content for her show but that it resulted from her poor choices of partners and her ridiculously flimsy reasons for breaking up with them.

Her relationships with a gravedigger, a Cuban and a policeman provide a lot of humour about their foibles and her many shortcomings. Besides being hilarious there is sage relationship advice, a healthy dose of vulgarity and a mocking of shallow and pretentious behaviour.

Kitty takes the opportunity to give her very funny insights into the shortcomings of modern retailers. The tone and manner of shop assistants is roundly pilloried. She wants to explain to the vacuous 23 year old Sunset and her ilk that she is a middle aged woman who does know how to shop.

Tabloid television is given the Flanagan treatment, both current affairs and reality television. The response of her policeman is nicely interwoven into this story. There are other wonderful stories about old people and the way that they talk, pornography, scones and the CWA, dishwashers, jazz musicians, and the need to be mature and adult when visiting a doctor.

Her sister Penny joins her again on stage for the closing song, an upbeat celebration of middle age.