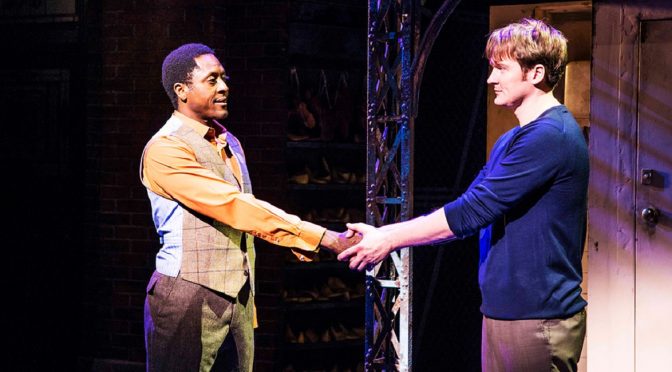 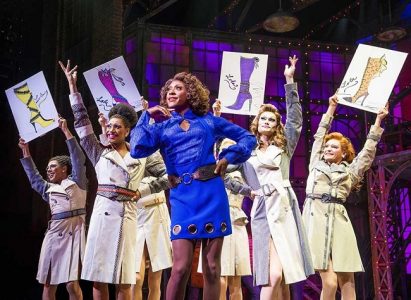 At this time when theatres globally have experienced darkness for months it is a comfort and thrill to experience a recent theatre classic effectively filmed live. Through cinema we are brought back to the magic of experiencing major musical theatre productions.

The message of keeping courage, care and identity as priorities throughout Kinky Boots The Musical is also key for modern audiences. Apart from fabulous performances and production, the music and text from creatives Cyndi Lauper and Harvey Fierstein remain hard-hitting and relevant eight years after its Chicago stage premiere.

It was a refreshing experience to live the struggles and growth of the characters from a hyper-audience viewpoint afforded by the distribution of this filmed theatrical romp by Sharmill Films.

Not only did we sense the excitement of the live audience at London’s Adelphi Theatre and view their reaction to the performance, but we followed the action from every angle including looking across the company from the rear of the stage.

The show’s strengths include comedy, intimate conversation and subtlety across the composite and interlocking set as well as big showstopping, jawdroppingly-costumed group scenes. Quick camera shifts and tastefully selected close-up opportunities allowed us to follow the plight of the main characters and their colourful families on stage. 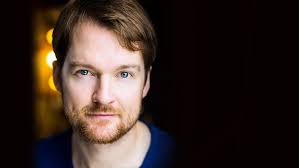 Above : Killian Donnelly played the role of Charlie Price.

Charlie Price (here we saw West End original Killian Donnelly in the role) is out to save his family shoe company via a foray into the manufacture of sexy boots for drag queens to wear.  His engagement needs saving as do Price & Sons shoe factory workers who were childhood friends and have an unstable future ahead unless business picks up.

But how will Charlie cope with staying in Northampton away from ambitious  girlfriend Nicola in London? How can he save face against his workers aswell as the take-me-as-I-am powerhouse bravery of Lola (West End original Matt Henry in this version)who struts into Northampton with an entourage of edgy drag queen friends.

The hectic factory life and energy of the stage show was captured nicely here. As cinema audiences we lost little of the slick storytelling and momentum of the theatre experience. We benefitted from a real 360 degree immersion into the changed world of Kinky Boots and its collection of contrasting characters forced to get along in order to suceed. 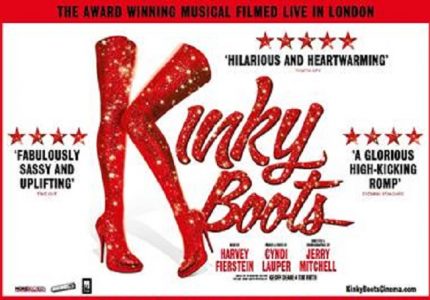 The cast  captured hearts and minds in the ecstatic Adelphi Theatre crowd as is clear from their filmed response. Inturn their performances and characters’ stories reach out to us later in the cinema from this musical with guts and a huge heart.

The intimate music and no-holds barred lyrics from Lauper and Fierstein are in this filmed version regifted to those of us familiar with the show. These can be also fully experienced for the first time by total newcomers to the musical. For everyone in the cinema crowd, we benefit from on-stage cameras getting right amongst the emotion of old and new relationships and  rivalries.

Large scale song and dance moments such as the entry of the drag queens to the shoe factory with ‘The Sex is in the Heel’ are a fine examples of multi angled coverage of the numbers, complete with unique close ups.

There are plenty of pan, straight on shots as if we had an Adelphi Theatre tickets to witness the blocking of numbers as we would from a premium theatre seat. 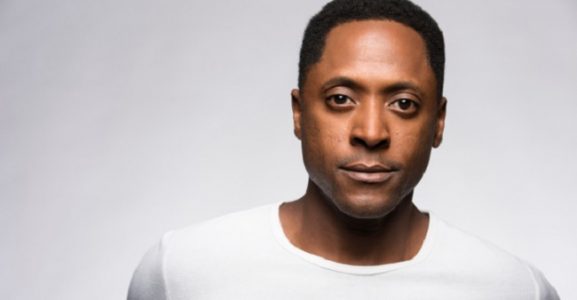 Above : Matt Henry played the role of Simon / Lola.

The solo interlude with the hilarious character Lauren’s exploring her crush on the new daring Charlie (‘The History of Wrong Guys’) has a fun streamed live comedy feel as shot in this film.

Charlie’s pre-Milan outpouring (‘Soul Of A Man’) after losing his temper and maybe the friendship of Lola is delicately shot with beautiful close ups of his face for us all to see.

Lola’s performance and plea to her homophobic father in the  man’s nursing home’ father nursing home (‘Hold Me In Your Heart’) is given mostly full-on full frontal camera treatment. The impact of the filming of this number combined with the stage lighting made for an amazing drag torch song visual. This result would also work well anywhere as a focussed music video clip.

This cinema screen version of Kinky Bootswas divided into two sections with a strictly timed 10 minute interval. Accompanying a screen countdown was a snappy and satisfying series of info-slides on everything from the British shoe industry through to facts on the success of Kinky Boots the movie, the musical and bios of its creators.

The show’s feel-good finale lost no punch out of the live theatre environmnent. The life coaching of full cast in boots celebrating love, friendship, families various and strong advice on how to be out and proud as the person you and the world needs you to be was infectiously electric in the cinema.

Kinky Boots The Musical as a movie opens nationally to selected screens from November 28.