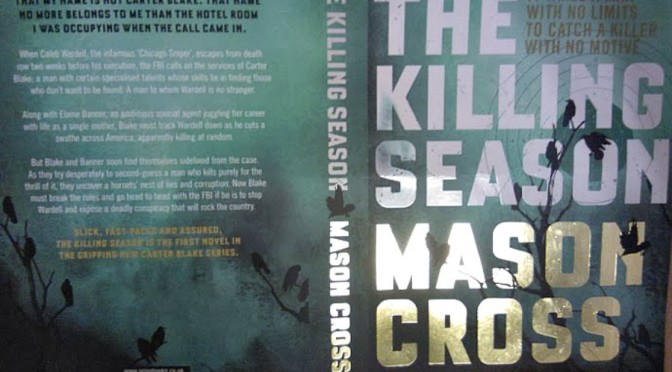 It’s pretty good and should give readers of Jack Reacher plenty of pleasure.

My cards are on the table of not caring too much for Lee Child’s child, but Mason Cross’s protagonist, Carter Blake, did.

Blake is one of those superheroes sans cape and tights that litter the landscape of this kind of literature, but there is something in the character possibly inherited from his Scottish creator.

He’s a globetrotter like James Bond but the mission he’s on here is as exotic as a mullet milkshake. Blake had slept on sheets of silk in Paris and under sheets of cardboard in Somali, but until this job, he’d never been to Nebraska.

“In fact, just about the only thing I’d known about the state prior to this visit is that it was the title of my favourite Springsteen album.”

Indeed, the title track had strange echoes of the case in hand: “a story song about a serial killer awaiting execution, able to give no excuse for his crime other than there’s just a meanness in this world.”

The meanness in this world is a serial killer sniper, Caleb Wardell, inadvertently sprung from death row by the Russian Mafia who want to snuff a stoolie.

To bring Caleb to heel, Blake teams up with FBI agent Elaine Banner, a feisty single mother out of genre central.

In a crowded market, THE KILLING SEASON holds its head above the crud.